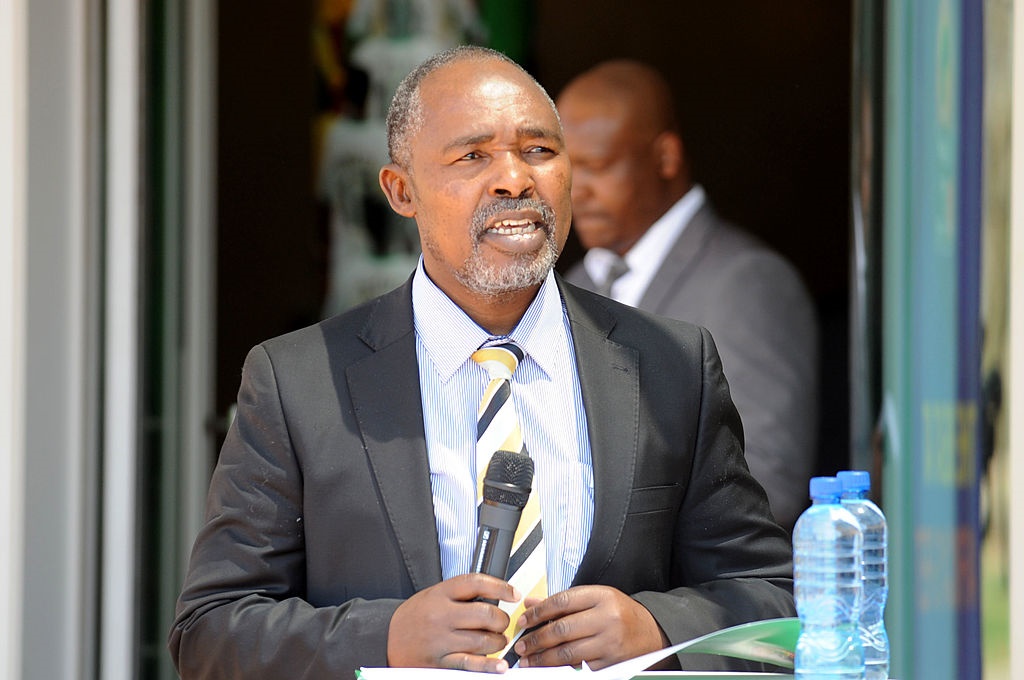 Axed chairperson of the Eastern Cape House of Traditional Leaders and former SAFA vice president Nkosi Mwelo Nonkonyana has taken the “House” and Traditional Affairs MEC Xolile Nqatha to court, challenging his removal from his position.

Nonkonyana has obtained an interim court order interdicting the House and Nqatha from appointing a new chairperson or evicting him from his state home in Clubview.

He obtained the interdict from the Eastern Cape High Court in Bhisho following his application seeking a review and the setting aside of his removal.

An interim order was granted on Monday, pending an outcome of his application.

Nonkonyana was removed as chairperson through a vote of no confidence on 31 July for allegedly bringing the House into disrepute.

His axing came after he was suspended by Nqatha over the violation of lockdown regulations, after Nonkonyana allegedly organised a big family funeral and refused to adhere to the Level 5 regulations in April.

In his court submissions, Nonkonyana challenged the constitutionality of his removal, accusing the now acting chairperson of the House, Chief Langa Mavuso, of allowing a division and directing the members to vote for his removal, adding it was in contravention of the law.

Called for comment, Mavuso disagreed: “He is confused. That meeting was approved by him. He presided over an exco meeting that approved that agenda. The sitting where he was removed was presided over by him, and he was only asked to leave the House when we wanted to discuss his matter. The members removed him based on the Constitution.”

Mavuso said an agreement had been reached by two legal teams that he will not be evicted pending the finalisation of the order.

“An agreement was reached on four issues that he will retain House for now, and we will delay the election of chairperson until the main application is held on 25 August. He will not have his salary and benefits though.”

In the same meeting in which Nonkonyana was voted out, Nkosi Vuyani Gebindlala was also voted out as leader of the House.

In a statement Nqatha said: “Both members are accused of bringing the House into disrepute. Nkosi Nonkonyana is also said to have violated regulations of the national lockdown on Covid-19 during the funeral of a member of his family, among other things”.

Nqatha confirmed that seven members had voted against the motion to remove Nonkonyana, while 25 had voted for it.

“We respect the decision of the members of the House. A meeting will be convened shortly to elect new leadership.”

Nonkonyana and Gwebindlala have both been reduced to ordinary members.

Called for comment, Nqatha’s spokesperson Makhaya Komisa said: “We decided not to oppose the interdict, pending his main court application challenging his removal”.

In his main submission challenging the removal, Nonkonyana’s attorneys have requested that he retain the motor vehicle in his possession, as well as other equipment and devices.

They also want him to keep his official residence, continue to be paid his salary by the department, and for the House not to elect a person to fill the position in question.