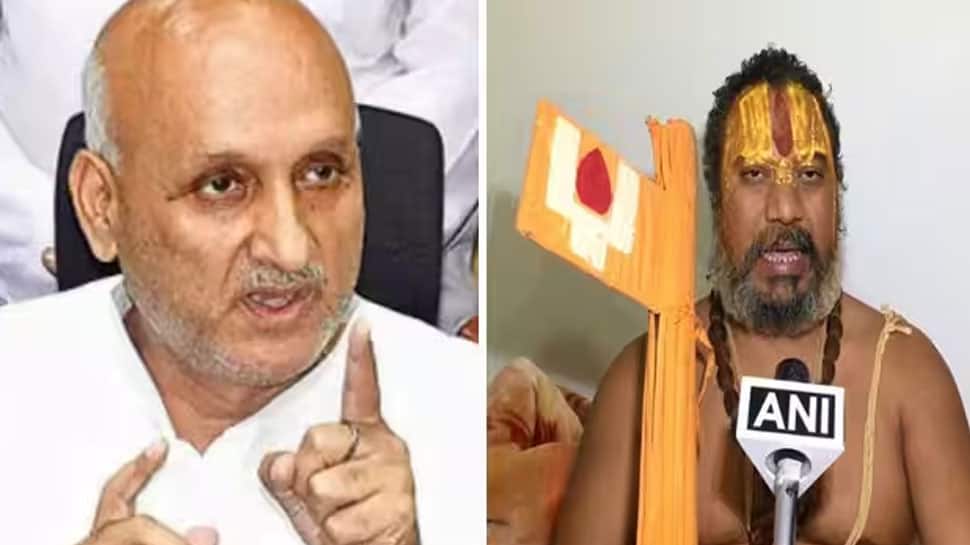 Ayodhya: Ayodhya seer Jagadguru Paramhans Acharya has demanded the Nitish Kumar government in Bihar must immediately sack the state’s Education Minister Chandrashekhar for his controversial remarks that the holy book Ramcharitmanas spreads hatred and division in the society. “The way Bihar`s Education Minister has described Ramcharitmanas book as a book that spreads hatred, the whole country is hurt by it, it is an insult to all Sanatanis, and I demand legal action for this statement.”

“He should be sacked from the post of minister within a week. And he should apologize, if this does not happen, then I declare a reward of Rs 10 crores to anyone who will chop off the tongue of Bihar`s Education Minister Chandrashekhar,” influential Ayodhya seer Jagadguru Paramhans Acharya, Tapaswi Chawani Temple said.

Bihar Education Minister Chandrashekhar has stoked a controversy after he claimed that Ramcharitmanas, an epic Hindu religious book which is based on Ramayana, “spreads hatred in the society”. Chandrashekhar made these remarks while addressing the students at the 15th convocation ceremony of Nalanda Open University during which he described Ramcharitmanas and Manusmriti as books that divide society.

The minister said that ‘Manusmriti and Ramcharitmanas’ are books that spread hatred in society as it prevents Dalits-backwards and women in society from getting an education. “Manusmriti, Ramcharitmanas, Bunch of Thoughts by Guru Golwalkar… these books are books that spread hatred. Hatred will not make the country great, love will make the country great,” he added.

The remarks by the minister drew heavy backlash from the seer community, with another priest terming Chandrashekhar as uncivilized. “Bihar`s Education Minister Chandrashekhar is an uneducated, uncivilized person who does not know anything about Ramcharitmanas. Ramcharitmanas is meant to connect the whole society. Ram belongs to everyone. Ram is the soul of every Indian,” he said, demanding the Bihar government to sack the education minister with immediate effect.