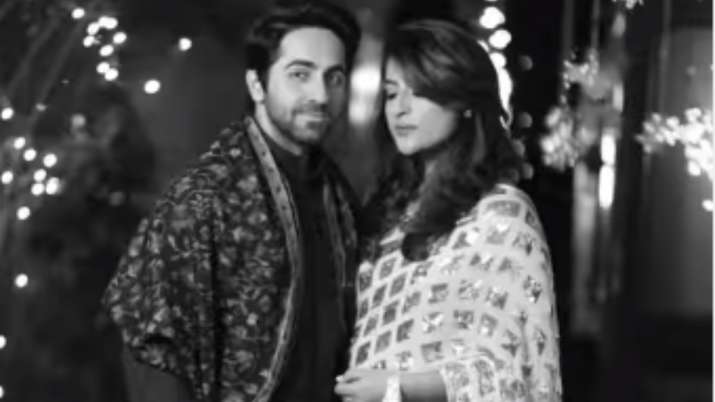 Actor Ayushmann Khurrana penned a romantic note for his wife-author and filmmaker Tahira Kashyap, who is celebrating her birthday on Friday. The actor also revealed the first-ever song that he had crooned for his lady love along with an awwdorable video of their priceless memories from their wedding, vacations and more. Ayushmann shared a beautiful clip with the song ‘Bade Acche Lagte Hai’ and wrote “Happy birthday @tahirakashyap! This was the first song I’d sung for you sitting at the staircase of Sukhna lake in the winters of 2001.”

“Kaafi din se gaana nahi gaaya aapke liye. I need to do that soon. Don’t miss me now. Ok. Umm..” Ayushmann added. For the unversed, Ayushmann Khurrana and Tahira Kashyap got married in 2008. The couple is parents to a son named Virajveer, who they welcomed in 2012, and daughter Varushka, who was born in 2014.

Meanwhile, Ayushmann is currently in London, shooting for Anirudh Iyer’s ‘An Action Hero’. Apart from this, the actor is currently gearing up for ‘Doctor G’. Directed by Anubhuti Kashyap, the upcoming film also features Shefali Shah and Rakul Preet Singh. In the movie, Ayushmann will be seen playing the role of Dr Uday Gupta. He also has the film ‘Anek’ in his kitty.

Not only one of the finest actors, but Ayushmann is also an amazing singer. He sang ‘Paani Da Rang’ for his debut movie Vicky Donor. While Tahira Kashyap, author of best-selling books like ’12 Commandments of Being A Woman’ and ‘ The 7 Sins of Being A Mother’, has garnered praises for her short films Toffee, Pinni, and Quaranteen Crush. She is all set to make her debut with her first directorial feature film ‘Sharmajee Ki Beti’.