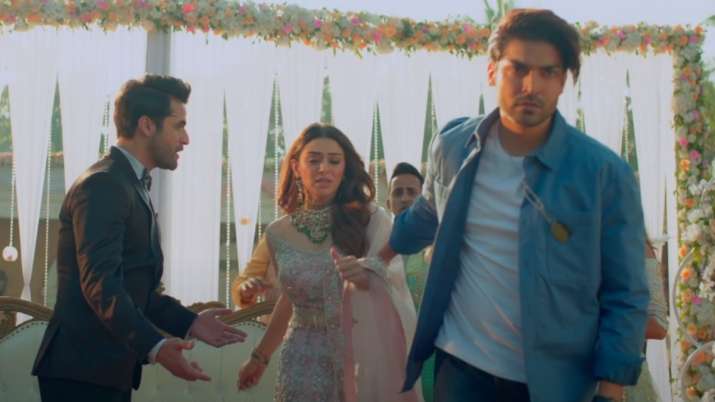 Actors Gurmeet Choudhary and Hansika Motwani feature in the video of B. Praak’s new song, Mazaa. The actors are clearly smitten by B. Praak’s talent, and say that his music, along with Jaani’s lyrics, was a big deciding factor for signing up. “Mazaa connected with me instantly, with its lyrics and music. I am a big fan of B Praak’s music and a chance to feature in any video of his is something I couldn’t let go of. The video isn’t typical, with a hook step. What really got me excited was the chance of emoting in a music video. To depict the emotional turmoil that my character goes through in three minutes, was something that I looked forward to,” says Hansika.

Gurmeet adds: “When you have an ace musician like B. Praak and a lyricist like Jaani, the result is bound to be top-notch. The video depicts the emotional journey of an urban couple, and our video director Arvindr Khaira has captured this with great sensitivity. I am looking forward to the audience’s reaction to this song.”

The video has a man asking for forgiveness from his partner after having strayed in their relationship. He is ready to go to any length to win her back. The video has been directed by Arvindr Khaira.

For the unversed, Gurmeet’s first solo hero project titled The Wife is set to release on March 19 on Zee5.  The Wife is a horror film co-starring Sayani Datta.

Directed by Sarmad Khan, the story revolves around a married couple who, soon after moving into their new apartment, suspect the presence of a malevolent spirit. As their relationship crumbles, they realize they must stick together to not only save their marriage but also their lives.