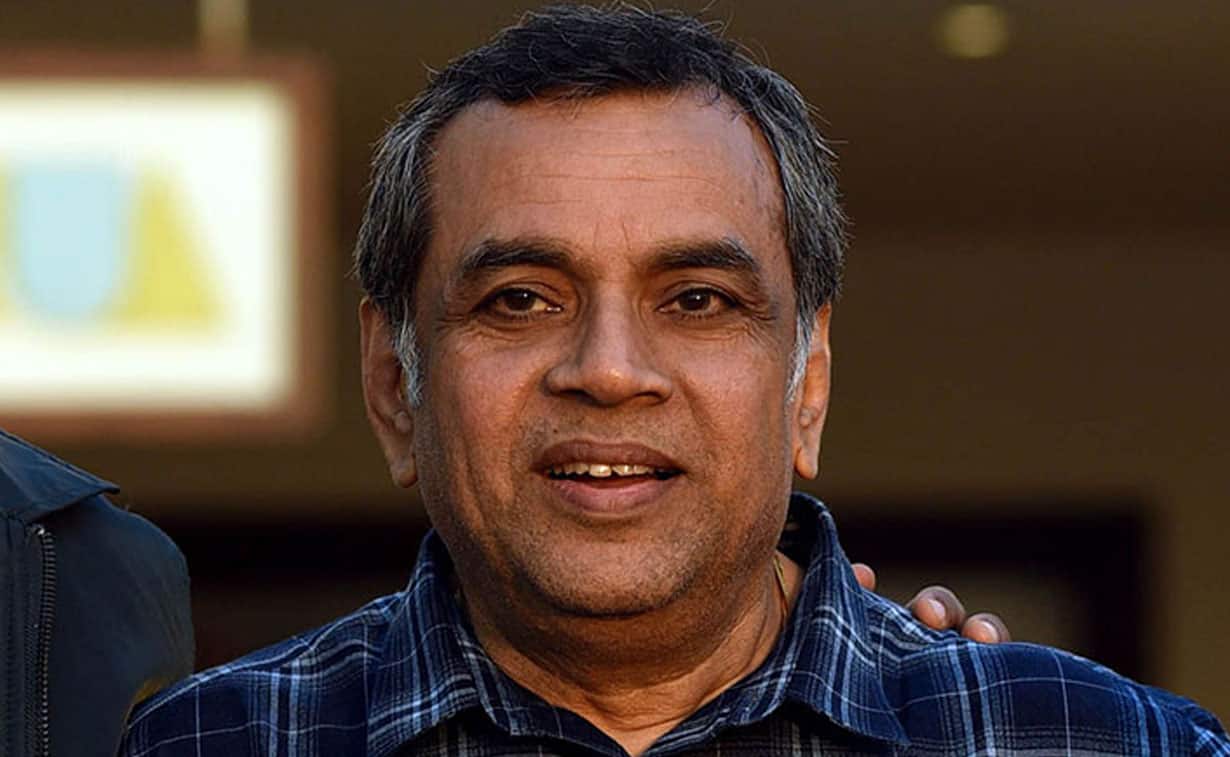 NEW DELHI: In more trouble for actor-politician Paresh Rawal, the Kolkata Police has summoned him for questioning on 12th December for his controversial “cook fish for Bengalis” remark. According to reports, the actor-politician will be questioned by Kolkata Police at the Taltala Police Station on December 12. It may be noted that CPI(M) leader Md Salim had lodged a police complaint at Taltala Police Station of Kolkata against the BJP leader’s alleged derogatory comment.

West Bengal | BJP leader & Actor Paresh Rawal has been summoned on 12th Dec by Kolkata Police in Taltala PS for his “cook fish for Bengalis” remark.

It may be recalled that the noted Bollywood actor had sparked a controversy by making a controversial statement while campaigning for the ruling BJP in the city of Valsad in poll-bound Gujarat. Addressing a rally, Rawal claimed that the people of Gujarat can still tolerate inflation but not “Bangladeshis and Rohingyas” living next door.

“Gas cylinders are expensive, but their price will come down. People will get employment too. But what will happen if Rohingya migrants and Bangladeshis start living around you, like in Delhi? What will you do with gas cylinders? Cook fish for the Bengalis?” Paresh Rawal said in Valsad, which voted in the first phase of the Gujarat election yesterday.

“Gujarat people can tolerate inflation but not this … The way they deliver verbal abuses. A person among them needs to wear a diaper on his mouth,” the actor-politician said.

The popular Bollywood actor, who is known for his excellent comic timing in several blockbuster films, appeared to be targeting AAP chief Arvind Kejriwal, who has made tall promises to people of Gujarat in order to win the crucial assembly polls.

Targeting Kejriwal, Rawal said, “He would come in a private plane here and then sit in a rickshaw to show off. We have spent a lifetime in acting but even we have not seen such a ”nautankiwala.” And plenty of abuses against Hindus. He had offered Biryani in Shaheen Bagh.”

However, his speech was labelled by many as “hate speech” aimed at Bengalis. After a flurry of angry tweets, the actor-politician tendered an apology, saying he didn’t mean to hurt anyone’s sentiments and feelings.

“Of course the fish is not the issue AS GUJARATIS DO COOK AND EAT FISH. BUT LET ME CLARIFY BY BENGALI I MEANT ILLEGAL BANGLA DESHI N ROHINGYA. BUT STILL IF I HAVE HURT YOUR FEELINGS AND SENTIMENTS I DO APOLOGISE,” Rawal tweeted.

of course the fish is not the issue AS GUJARATIS DO COOK AND EAT FISH . BUT LET ME CLARIFY BY BENGALI I MEANT ILLEGAL BANGLA DESHI N ROHINGYA. BUT STILL IF I HAVE HURT YOUR FEELINGS AND SENTIMENTS I DO APOLOGISE.  https://t.co/MQZ674wTzq
— Paresh Rawal (@SirPareshRawal) December 2, 2022

Later, CPI(M) leader Md Salim lodged a police complaint here against Paresh Rawal, alleging that the veteran actor made utterances during a recent poll rally in Gujarat that tantamounted to hate speech against the Bengali community. Salim, in his complaint, n, said he came across a video on various social media platforms featuring the actor giving a speech, which could promote feelings of hatred against Bengalis.

The first phase of the Gujarat Assembly Elections 2022 was held on Thursday. Voting for the second phase took place on December 5. The results will be declared on December 8 along with the Himachal Pradesh Assembly elections.