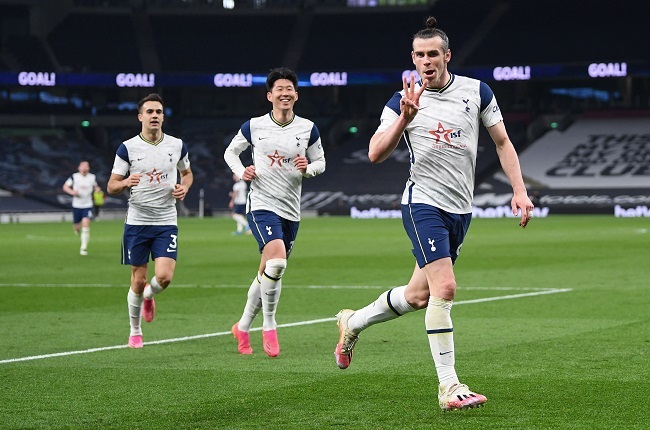 Tottenham took advantage of Liverpool’s inactivity after the drama at Old Trafford to move up to fifth in the English Premier League table thanks to Gareth Bale’s first ever Premier League hat-trick on Sunday.

His glut of goals proved the catalyst for a 4-0 victory over Sheffield United.

The Welshman was a peripheral figure under Jose Mourinho in his season-long loan from Real Madrid, but has now struck four times in three games since Ryan Mason replaced the sacked Portuguese coach.

A blistering counter-attack from a Sheffield United corner then saw Son Heung-min tee up Bale for an emphatic finish into the top corner.

Bale’s low drive into the bottom corner completed his hat-trick before Son added a fourth.

Victory moves Arsenal up to ninth, but their season now hinges on overturning a 2-1 first leg defeat against Villarreal in the Europa League semi-finals on Thursday.

Mikel Arteta’s team selection showed that is where his priority lay, but Aubameyang’s return to form is a timely boost.

The Arsenal captain had been hospitalised recently by malaria, picked up when on international duty with Gabon.