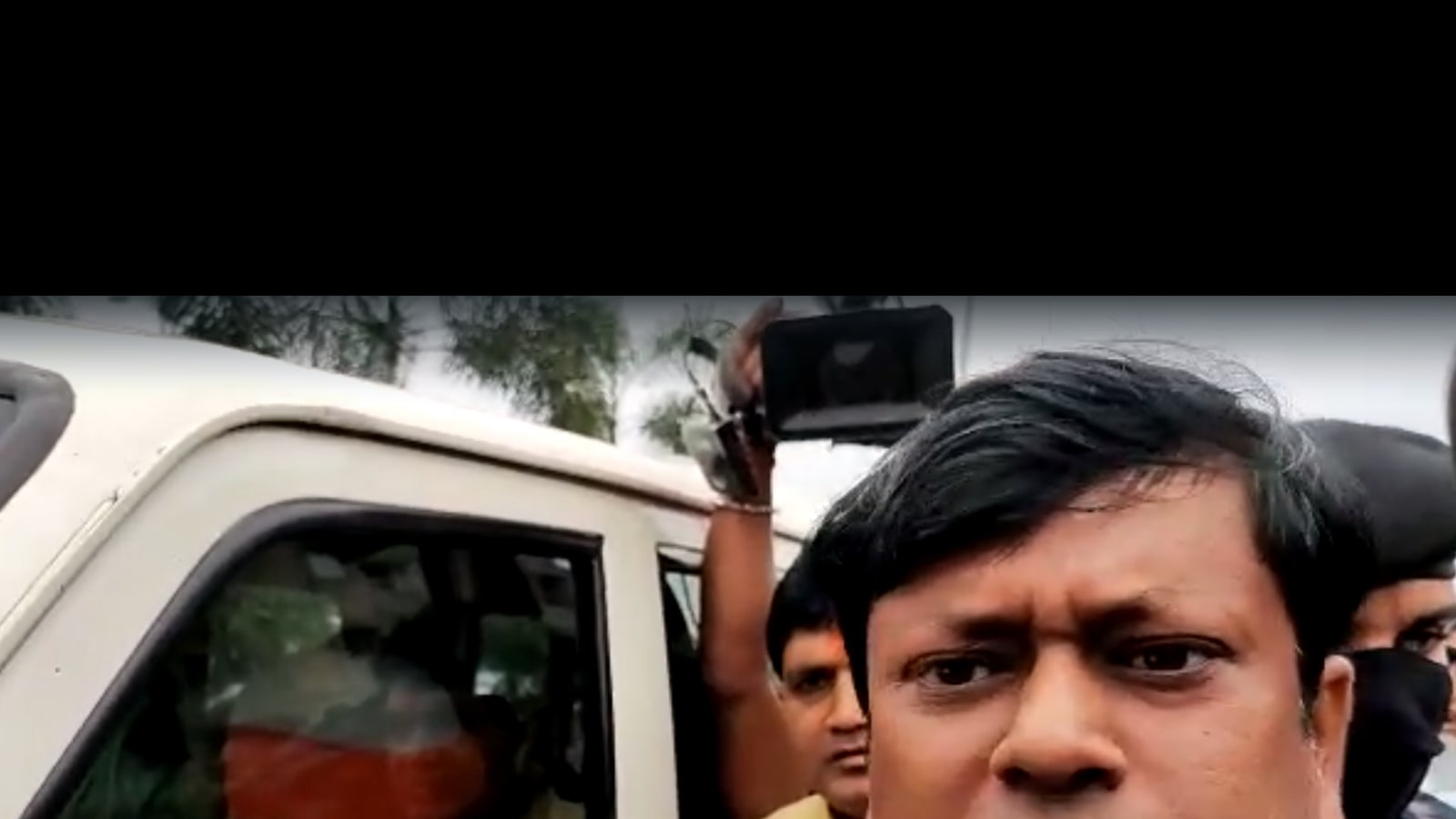 West Bengal BJP president Sukanta Majumdar and his aides were arrested on Saturday while trying to visit violence-affected areas in Howrah district where Section 144 is currently imposed.

Majumdar was arrested from Vidyasagar Setu toll plaza in Howrah and taken to Lalbazar HQ of Kolkata Police. The BJP leader had earlier in the day claimed that police had erected barricades outside his residence in New Town on the north-eastern fringes of Kolkata as he was getting ready to leave for Howrah district.

Protests had erupted in several parts of Howrah on Friday over controversial remarks made by suspended BJP spokesperson Nupur Sharma and expelled leader Naveen Jindal on Prophet Mohammad.

“I was scheduled to visit areas in Howrah district where our party offices were ransacked and burnt. As I was set to leave, police put up barricades outside my residence and stopped me from coming out of my house,” Majumdar had told reporters at his residence. “I want to know under which rule I am being stopped from visiting Howrah,” he had said.

On instruction of CM @MamataOfficial, Bengal police has house arrested me.

Didi, Bengal need strong action against people destroying property and disturbing peace in the state and not house arrest of BJP leaders.

Your protection to them is giving fuel to the fire. pic.twitter.com/QAAICp0OJE

Majumdar had also declared he would take legal action if he is not allowed to visit Howrah.

Bengal police has house arrested me. CM @MamataOfficial has failed in controlling the rioters. The visuals we see from various places in Bengal are deeply concerning. Request CM @MamataOfficial to take strong action against rioters & stop appeasement. pic.twitter.com/rQqV7ejehA

Leader of Opposition and BJP leader Suvendu Adhikari said the police action was “proof” of the administration “hiding the truth”.

I condemn the manner in which @BJP4Bengal President; MP Sri @DrSukantaBJP & Party Secretary; eminent Lawyer Smt @impriyankabjp have been obstructed by WB Administration.
It’s proof that they’re hiding the truth.
I am on the way to Balarampur; Purulia, to address a public meeting.

Senior TMC leader and MLA Tapas Ray alleged that the intention of Majumdar’s visit was to fan communal tension. “Police did the right thing by stopping him,” he said.

However, BJP national vice-president and Majumdar’s predecessor Dilip Ghosh managed to enter Howrah district and visit the areas where the party offices were attacked.

“I visited areas where our party offices were ransacked. The lawless situation here reflects the administration’s failure,” he said.

Agitators resorted to stone-pelting, setting police vehicles on fire and damaging public property during violent protests and clashes with the law enforcers in the district.

Internet services have been suspended across the district till June 13 and prohibitory orders under Section 144 of CrPC imposed in several areas such as Uluberia, Domjur and Panchla till June 15. Common people had to suffer as road and railway tracks were blocked by protesters in the district. Several local and express trains were cancelled due to the violence.

US: At least 3 dead after train hits truck, derails in Missouri