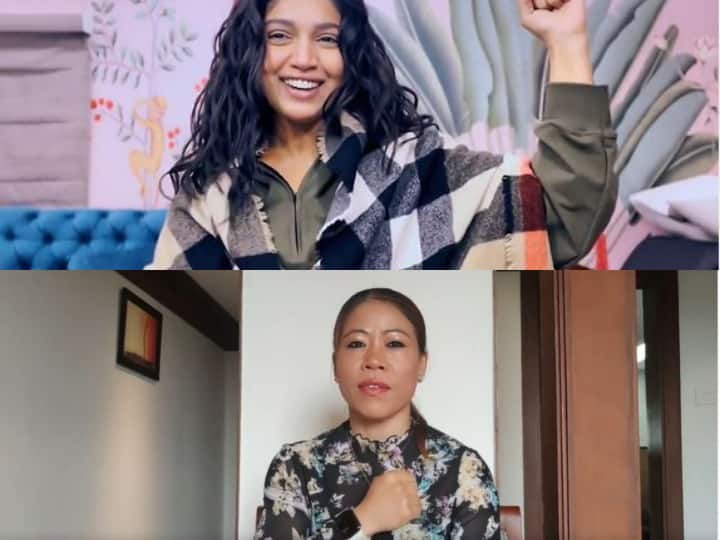 New Delhi: Hard-hitting at its very core, the trailer of Anubhav Sinha’s political action thriller ‘Anek’ took the netizens by storm! Headlined by Ayushmann Khuranna who steps into the shoes of an undercover cop, the trailer of the mega-canvas film quickly became the talk of the town, with some of the biggest personalities of India standing in solidarity to support the film’s message.

With riveting content and gripping action sequences, the trailer received unanimously outstanding feedback with several taking to social media platforms to voice their praise. With a talented ensemble starcast, stellar performances and a layered and mysterious storyline the trailer of the film left a solid impact on viewers leaving everyone wanting more!

Interestingly, leading Indian names from film, sport, television and music industries came together to voice the film’s tagline ‘Jeetega Kaun- Hindustan’ in their local languages for the film trailer.

Besides we also saw the support from the top actors like Hrithik Roshan, Taapsee Pannu, Rajkummar Rao, Manoj Bajpayee, Jaideep Ahlawat to name a few.

Gripping, thrilling and riveting, Anubhav Sinha’s Anek starring Ayushmann Khuranna is all set to take audiences on a mission of a lifetime!

‘Anek’ is a political action thriller about an Indian who will rise and make India win. The film is shot in extraordinary locations in the north east.

Starring Ayushmann Khurrana and Andrea Kevichusa Anek, jointly produced by Bhushan Kumar’s T-Series and Anubhav Sinha’s Benaras Mediaworks, is all set to release on 27th May 2022.

Mohanlal Treats Fans To ‘Alone’ Teaser On His Birthday