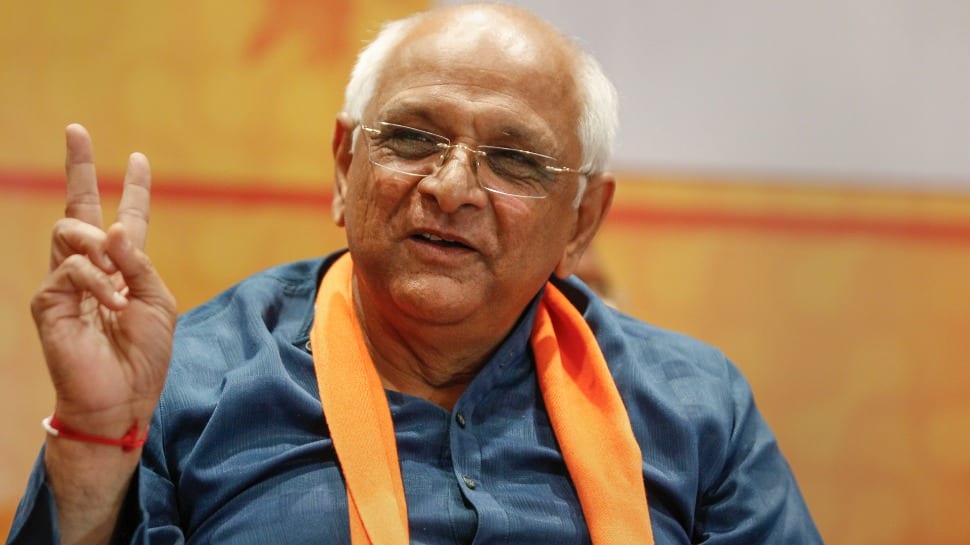 In Monday’s swearing-in ceremony, only Patel will take the oath and other ministers will be inducted later.

“The newly appointed leader of the Bharatiya Janata Party’s Legislature Party, Bhupendrabhai Patel, presented a proposal to form a new government under his leadership at the Raj Bhavan. Accepting the proposal, he was invited to take oath as the Chief Minister on September 13, 2021, at 2:20 pm,” said Gujarat Governor Acharya Devvrat.

Patel, 59, was unanimously elected as BJP legislature party leader after a meeting in Gandhinagar on Sunday afternoon. Gujarat BJP chief CR Paatil said Patel’s work at the grass root-level, his hold on the cooperative sector, association with party workers and administrative abilities were among the factors that led to his elevation.

Patel said that he was grateful to Prime Minister Narendra Modi, BJP chief JP Nadda, and Union minister Amit Shah for the trust they reposed in him. The Ghatlodiya MLA also expressed that he was also grateful to the trust reposed in him by the Gujarat leadership, including outgoing CM Vijay Rupani and Deputy CM Nitin Patel, CR Paatil and other leaders.

He said the blessing of former Gujarat CM Anandiben Patel was with him all the time.

“The government has worked well so that development reaches the last person. We will plan anew and discuss with the organisation to take forward the development works,” he said.

Gujarat CM-designate Bhupendra Patel receives a grand welcome on his arrival at his office in Ghatlodia. pic.twitter.com/dYfkfNBuEP

“Gujarat will continue to be a leading state in good governance and public welfare works,” he said.

Bhupendra Patel’s name was reportedly proposed by Vijay Rupani, who had tendered his resignation on Saturday after being at the post since August 2016.

Patel, notably, has never held a ministerial post, just like PM Narendra Modi, who was never a minister when he became the Chief Minister of Gujarat 20 years ago.

Patel, a surprise pick for the CM face, started his political career at the municipality level. He contested his maiden Assembly election in 2017 and won the Ghatlodia constituency in Ahmedabad by over 1.17 lakh votes, the highest victory margin in the state during that election. He is considered close to Anandiben Patel, a former Gujarat chief minister and the present Uttar Pradesh Governor.

This is to be noted that the change in top leadership has come months before the assembly polls in Gujarat which are scheduled to take place next year.