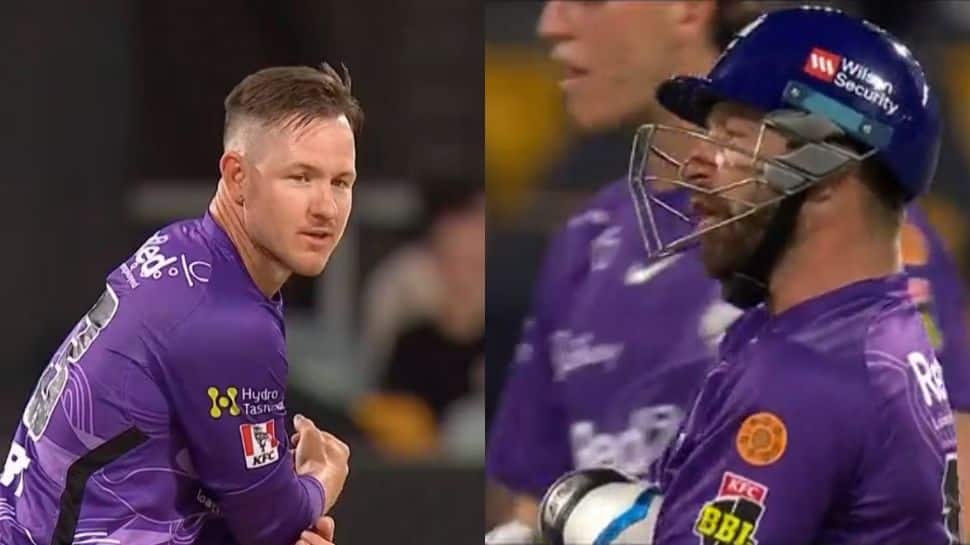 On Friday, in the 49th game of the current Big Bash League, Brisbane Heat defeated Hobart Hurricanes by a score of 12 runs. When the Heat were asked to bat first, Matt Renshaw hit 41 runs off 31 balls to help the team to a total of 162/6 in 20 overs. Joel Paris was the bowler of choice for the Hurricanes, compiling figures of 2/15 in four overs. Even though Matthew Wade (45) and Tim David (46*) had excellent innings, the Hurricanes were eventually held to 150/6 thanks to three wickets taken by Michael Nesser, who also had a stellar bowling performance.

During the game, a humorous occurrence occurred that quickly rose to the top of the evening. Marnus Labuschagne was smacked on the pads by a spinning delivery bowled by D’Arcy Short in the tenth over of Heat’s innings. When Wade and Short, the wicketkeeper, observed this, they vigorously appealed for LBW, but the umpire ruled it not out. Wade checked with Short before taking the DRS and enquired, “Did it pitch in line? Short responded with a simple “No.”

Short’s statement had the commentators in fits of laughing because they had witnessed the spinner’s funny response. Brisbane Heat are currently in fifth place on the points chart after winning five of their last twelve games. On the other side, the Hurricanes, who are now in seventh place, have also won five games. The next match for the Brisbane Heat will now be on Sunday against the Melbourne Stars, and the following match for the Hurricanes will be on Monday against the Sydney Sixers.