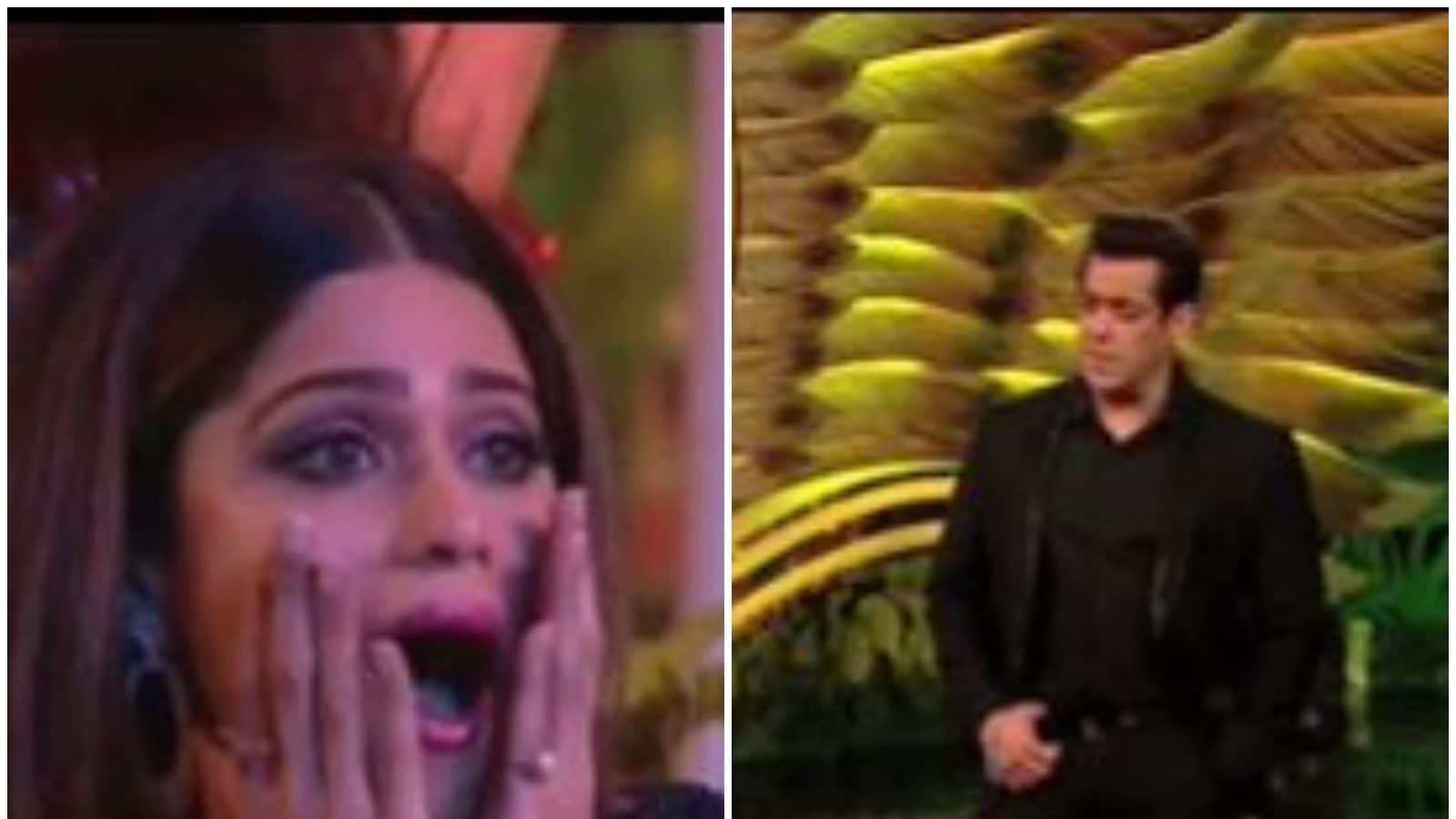 After a week of trials and tribulations inside the Bigg Boss 15 house, contestants and the audience will celebrate New Year’s 2022 with host Salman Khan and a few special guests. The upcoming Bigg Boss 15 New Year’s Eve episode will be a star-studded affair, with several big celebrities from the entertainment world gracing the stage. From yesteryear’s actor Dharmendra to ace comedian Bharti Singh and her husband, Haarsh Limbachiyaa, they are all ready to set the stage on fire.

However, things will take a turn for the worse as the host, Salman Khan will be lecturing the contestants on their behaviour. According to the promo, Shamita Shetty and Abhijeet Bichukale will have to deal with his rage in the upcoming episode. In the viral promo, Salman is seen losing his cool at Abhijit Bichukale as he yawns in the episode, while the actor is already blasting the housemates for having the ‘Ticket to Finale’ task cancelled. He asks Abhijit if he’s tired and tells him to sleep in his room.

“Jao jao, jaako so jao,” says Salman. Abhijit then walks to the bedroom and insists on standing at the door and listening to his talk. But Salman shouts at him, saying, ‘Ye sab mere samne nahi chalega’.

We also see him becoming enraged at Shamita Shetty for her behaviour with Rakhi Sawant. Shamita becomes enraged while explaining her point of view, and the show’s host loses his cool once more. The actor yells at her, “What the f*** Shamita?” and walks away.

For the lesser-known, Rakhi and Shamita got into a heated argument last week during the ‘Ticket To Finale’ task after the former supported Devoleena Bhattacharjee. Shamita referred to Rakhi as ‘unfair,’ and she even pushed Rakhi during their fight. Rakhi then demanded Shamita’s eviction, but Bigg Boss called off the task, leaving everyone disappointed.

It will be interesting to see how things play out in the upcoming episode of Bigg Boss 15: Weekend ka Vaar.