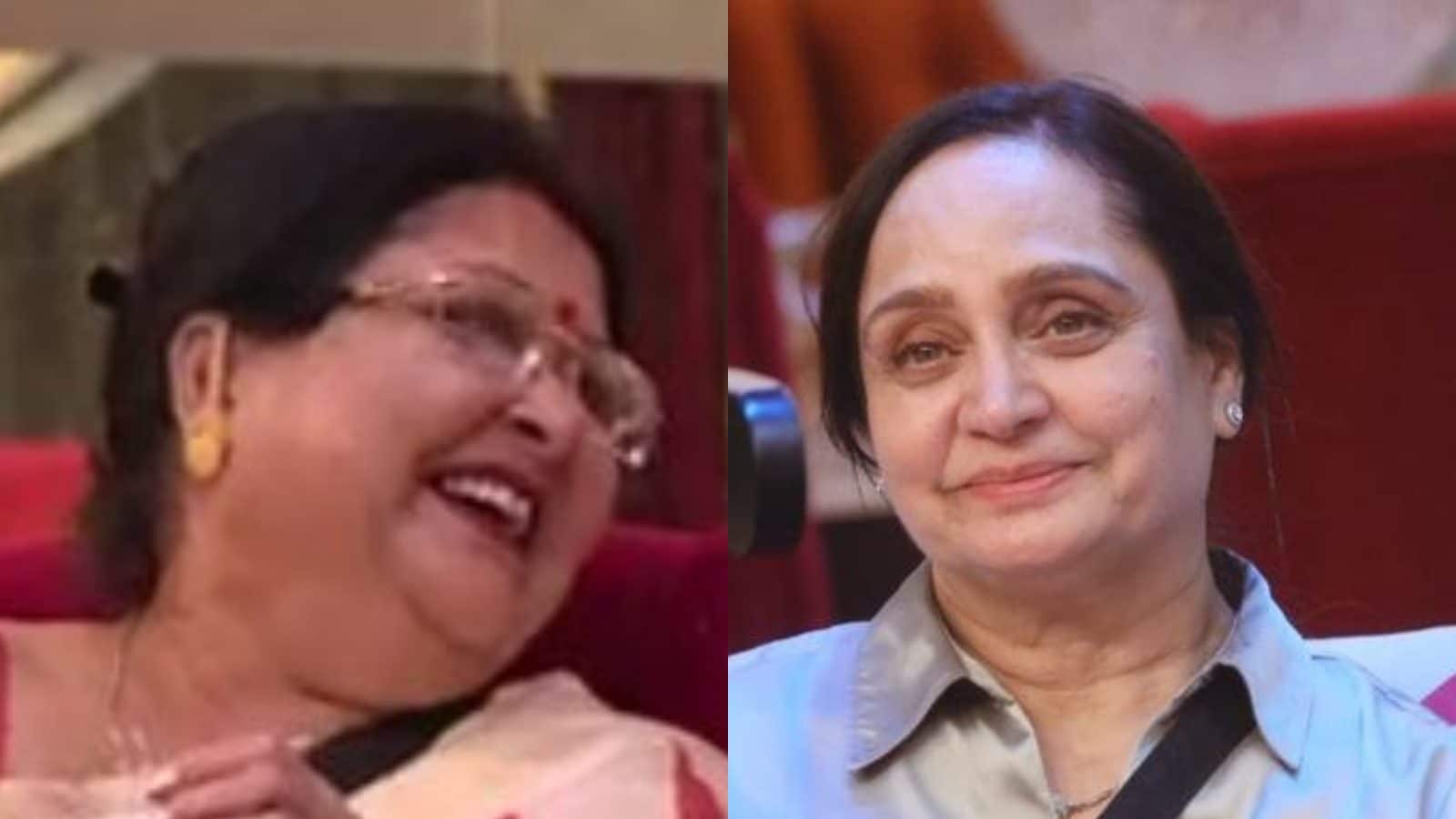 Bigg Boss 16 Day 102 Highlights: It was a dramatic episode of Bigg Boss 16 on Wednesday night as Tina Datta’s mother and Shalin Bhanot’s mother came face-to-face. The women crossed paths after they had an ugly spat recently. However, the episode did not begin with that. Instead, it began with Nimrit Kaur Ahluwalia’s father trying to give her game a new direction.

Nimrit’s father tries to push her to move out of the mandali and look at contestants outside the group as well. He plots with Archana as well, on how to help each to win. Nimrit gets into an argument with her father. She tells him that he never is happy with her achievements. After their argument, Nimrit and her father mend their fight, with him assuring her that he is only looking out for her. Nimrit’s father helped her set up a new game for her.

The family members were asked to leave. While it was an emotional farewell for everyone, the contestants couldn’t help but tease Archana when her brother Gulshan left. As Gulshan left, Archana broke down but Bigg Boss constantly asked her to freeze and release that she appeared to be a crying statue. The sight left everyone in splits, with Bigg Boss also teasing her.

After their exit, Tina’s mother enters the house and she confuses Srijita for Tina and hugged her. However, when she realised it wasn’t her, she went around searching for her. When she finally found her, Tina broke down. Tina’s mom also hugged Priyanka as well. However, Shalin Bhanot tensed up after seeing her. Eventually, Shalin greeted Tina’s mother but he was tensed. He addressed the claims about her fight with his mother but she assured him that that wasn’t the case.

Soon after, Shalin’s mom entered the Bigg Boss house and he got emotional. She then came face-to-face with Tina’s mother. Tina requested her mother to not cause a scene. Shalin’s mom hugs Tina’s mom while Tina touched her feet. They exchange greetings while the contestants prepare for drama. Showing his support to Abdu entered his friend.

Meanwhile, Shalin’s mother told him about Sumbul’s father’s statements in the press and he shared the information with Sumbul Touqeer. However, Shalin’s mother asked Sumbul to consider the episode as water under the bridge. But Sumbul was bothered by the incident and talked to Sajid Khan about it. The director asks her to not delve into it.

While family members visited the house, Abdu’s parents couldn’t make it due to the distance. However, Bigg Boss surprised him with a video message from his father, leaving Abdu emotional. He also got a video call from his brother. Fans also got a tour of his brother’s house.

The episode came to an end with Shalin fixing his past situations with Sumbul.