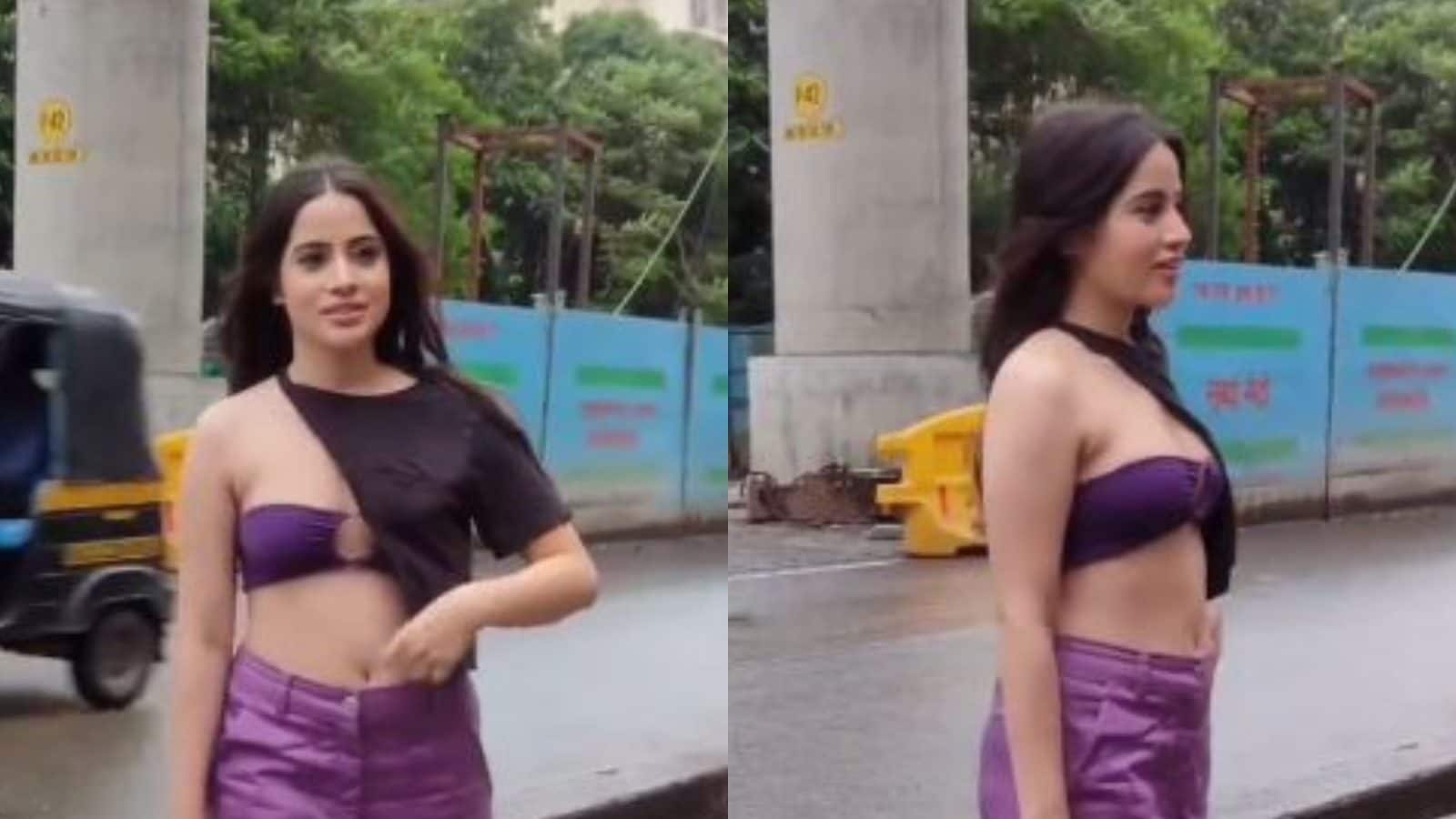 Telly actress Urfi Javed often sets the temperature soaring on social media with her bold avatar. Recently, the former Bigg Boss OTT contestant was spotted in the film city and she looked ravishing hot. Urfi went all purple, as she donned a dark violet colour bralette and light shade purple pants. She tied a black scarf around her neck and completed the look with a yellow handbag. However, the bold avatar of the actress did not go down well with netizens. Several people trolled her for ‘inappropriate dressing’ and mocked her fashion sense. “Somebody please donate her some clothes,” wrote one of the Instagram users, while another said, “cheap and wasted.”

This is not the first time when Uri has been trolled for her outfit. Earlier, she grabbed eyeballs when the actress was spotted at the Mumbai airport. Her airport look became the talk of the town, inviting trolls. Some even termed it a publicity stunt. Urfi wore denim jeans and a cropped denim jacket which gave a sneak-peek of her light pastel coloured bra.

However, the actress did give a befitting reply to these trolls. In an interview with ETimes, Urfi said that if she wanted publicity, she would have gone without clothes. She believes that whether she poses in a bikini or a salwar suit, people are always going to drop nasty comments.

The 24-year-old has featured in TV shows like Bade Bhaiyya Ki Dulhania, Meri Durga, Bepannaah, and Puncch Beat Season 2. Urfi became the first contestant to get evicted from Bigg Boss OTT. She was evicted as her former connection, Zeeshan ditched her and chose Divya Agarwal as his connection.

Later, due to his fight with Pratik Sehajpal, Zeeshan was also eliminated from the show. The finale of Bigg Boss OTT will most likely take place on September 19. Divya, Raqesh Bapat, Neha Bhasin, Pratik, Nishant Bhat, and Shamita Shetty have reached the final week.