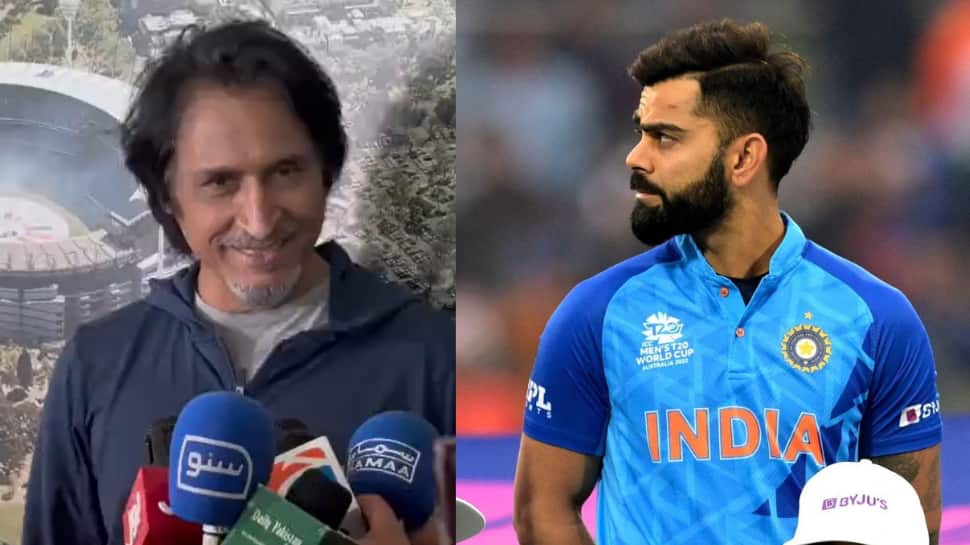 After India’s loss to England in the T20 World Cup 2022 semi-final that also resulted in them getting knocked out of the tournament, PCB chairman Ramiz Raja has taken a potshot at Men in Blue. India lost the crucial knock out tie by 10 wickets. As a result, they won’t be flying to Melbourne for the final against Pakistan on November 13 at SCG. They will be travelling back home rather, much to the dismay of a billion cricket fans in India. Raja, who is a staunch critic of BCCI for their riches and for getting big share of ICC money, said that the ‘billion dollar team’ has regressed while Pakistan have progressed in T20 cricket.

Also Read: ‘Grace my foot’, Irfan Pathan BRUTALLY trolled by Ex-PAK players and fans after India gets knocked out of T20 WC

“Aap dekhiye world cricket kitne peeche reh gayi, aur Pakistan kitna aage nikal aya hai. Billion dollar industry wali teams peeche reh gayi hai and hum jo hai upar nikal gaye hai. To koi cheez to thik kar rahey hai na hum. To usko ap enjoy bhi karein. Aur is team pe hath halka rakhe. Kyuki ap ye bhi dekhe at the end of the day ye hamare heroes hai. (we have come forwards while world cricket lags behind. Look at billion dollar industry teams, they are lagging behind. We must be doing something right. You need to enjoy that. You need to be easy on this team as they are our heroes at the end of the day),” said Ramiz to Pakistani journalists.

Ramiz has reaced Melbourne to watch the final between England and Pakistan.

Earlier, Ramiz Raja had slammed BCCI chief secretary through a press release when the Indian board said that they will not travel to Pakistan for the Asia Cup next year in 2023. In reply, PCB had said that if India won’t come to Pakistan for the Asia Cup then they may also consider pulling out of ODI World Cup next year which is to be held in India.