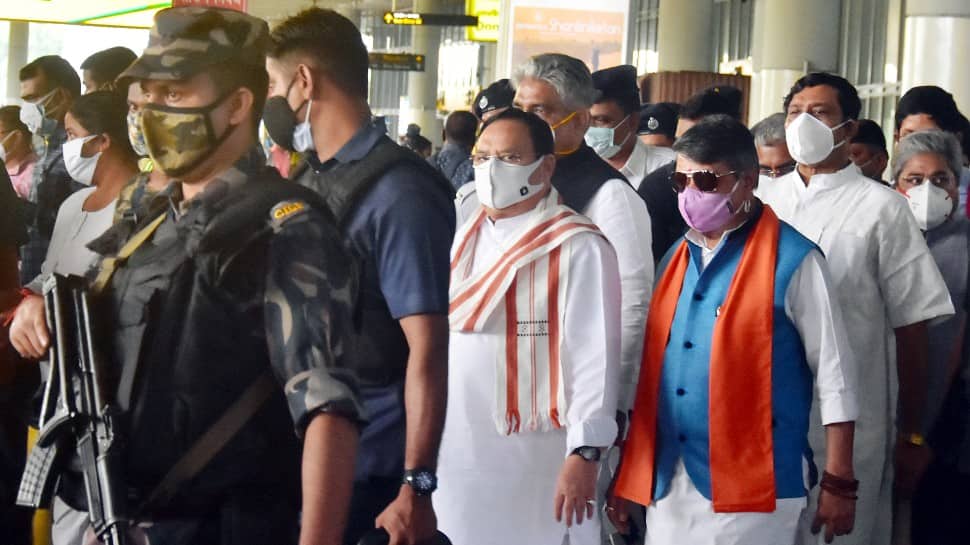 Kolkata: BJP chief JP Nadda on Tuesday (May 4) compared the post-poll violence in West Bengal to the “atrocities committed during the Partition”.

He accused TMC of attacking BJP’s party workers in the wake of election results in which TMC retained power in the state.

“I had heard of the immense atrocities committed during the Partition, but I have never seen such post-poll violence that is occurring in West Bengal after the declaration of election results,” Nadda was quoted as saying by PTI.

“We are committed to democratically fight this ideological battle and the activities of the TMC, which is full of intolerance,” he added.

Nadda is on a visit to Bengal where he is expected to visit residences of BJP workers who were allegedly attacked by TMC workers.

“We want to give this message that crores of BJP workers across the country are with them,” he said.

He met the family of party worker Abhijeet Sarkar who was allegedly killed in post-poll violence, in Sitala Tala Lane, Beliaghata, Kolkata.

“Abhijeet Sarkar’s mother was weeping for him. Only those who can’t hear her screams can call such serious issues a stunt, a drama. BJP won’t tolerate such bloodied politics – done just for power. BJP won’t tolerate political oppression being done on people of Bengal,” he was quoted as saying by ANI.

“I had said it earlier too, Mamata ji does not represent Bengali culture. Intolerance, thy name is Mamata ji,” he added.

The BJP has claimed at least six of its workers and supporters, including a woman, were killed in violence allegedly unleashed by the Trinamool Congress following its victory in the assembly elections.

TMC has refuted the allegations. It has alleged that the violence in the state was as a result of infighting within the BJP camp.

“BJP IT cell could have given trolls some time off after results. All cases on SM are BJP intra-party fights. Three+ factions in Bengal. They hate each other. MO-SHA came here and spread hate for the last four months. Bengal wants peace and harmony. BJP wants divisiveness,” TMC MP Derek O’Brien had tweeted.