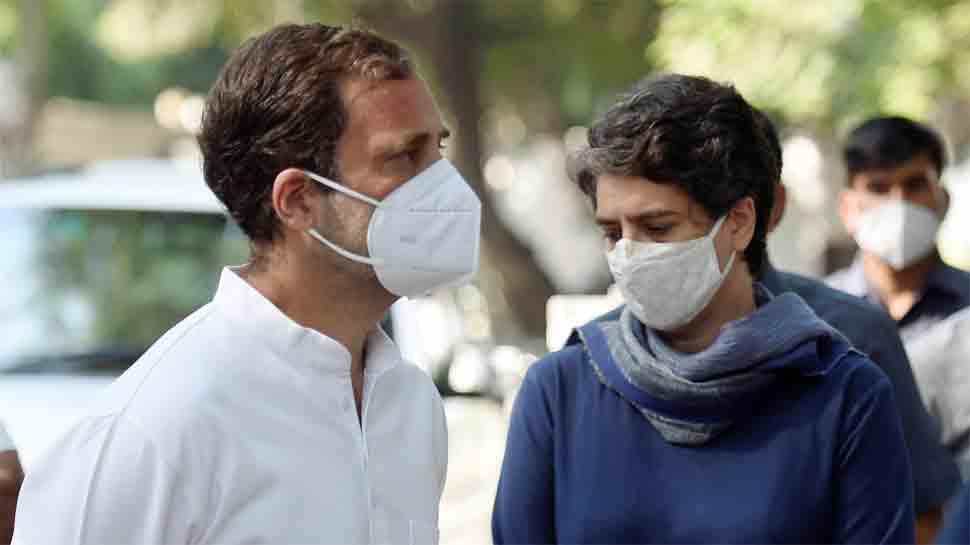 Mumbai: Maharashtra Congress president Nana Patole on Wednesday said the party will protest and resort to a ‘jail bharo andolan’ if their leader Priyanka Gandhi Vadra, who was detained on her on way to Lakhimpur Kheri, is not released by the Uttar Pradesh Police.

Talking to reporters here, Patole said everyone can go and meet the families of the farmers at Lakhimpur Kheri but not Priyanka or Rahul Gandhi. This, he said, shows that the BJP government at the Centre or in Uttar Pradesh is ‘scared’ of the Gandhi siblings.

“Priyanka Gandhi should be released with grace or else Congress will undertake a jail-bharo andolan. They should apologise to her and the farmers and also repeal the (three farm) laws,” he said.

“The BJP government at the Centre or in Uttar Pradesh is scared of the Gandhi family. Everybody can go there, but not Priyanka ji or Rahul ji,” he said.

Priyanka Gandhi, the Congress general secretary, on Tuesday, alleged that she was being held illegally at the PAC compound in Sitapur and no notice or FIR has been provided to her.

Officials said the Uttar Pradesh Police has booked her and 10 other people under sections related to preventive custody due to apprehension of breach of peace.

Priyanka Gandhi was on her way to meet the kin of farmers who were killed in the Lakhimpur Kheri violence. A total of eight people were killed on Sunday.

Four of the total eight persons who lost their lives were farmers, knocked down by vehicles allegedly driven by BJP workers travelling to welcome Uttar Pradesh Deputy Chief Minister Keshav Prasad Maurya to an event in the area.

The others, including BJP workers and their driver, were allegedly pulled out of the vehicles and lynched by the protesters.

The Uttar Pradesh Police has lodged a case against Union Minister of State for Home Ajay Mishra’s son Ashish but no arrest has been made so far.

Patole said Priyanka Gandhi has been detained by the Uttar Pradesh Police at the behest of the Central government.

Referring to Haryana Chief Minister ML Khattar’s ‘tit for tat’ remarks during a meeting of the BJP’s Kisan Morcha on Sunday when he told the gathering to form groups of 500 to 1,000 and be prepared to even go to jail, Patole said it reflects that the days of the BJP government are numbered.