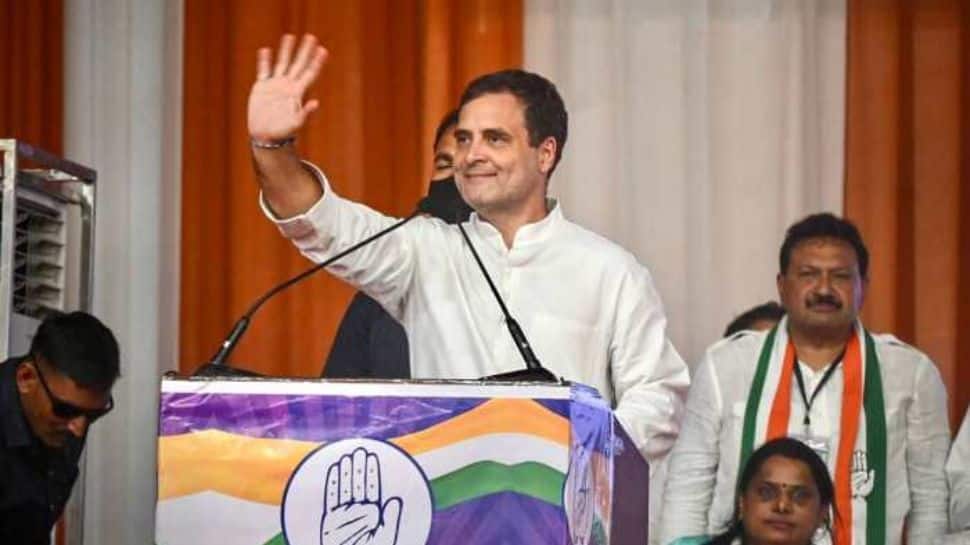 Chennai: Tamil Nadu BJP chief K Annamalai on Tuesday hit out at Congress leader Rahul Gandhi’s Bharat Jodo Yatra asking him to fill up the vehicle tanks of his convoy in BJP-ruled states to save money. Also, the proposed yatra would open his eyes to the new India under the leadership of Prime Minister Narendra Modi, Annamalai claimed. The Congress leader is scheduled to launch the yatra in southern Kanyakumari district on September 7, for which the party had unveiled a logo, pamphlet, website and a tagline – Mile Kadam, Jude Vatan (let’s walk together to unite the country. The five-month-long yatra will culminate in Kashmir after covering a distance of over 3,500 km through 12 states.

“Thiru @RahulGandhi avargal is famous for ‘Bharat Chodo’ and is taking up a Yatra from tomorrow, which will open his eyes to a new India under our Hon PM Thiru @narendramodi avargal and our country’s transformation in the last eight years!” Annamalai said sarcastically in a tweet.

Thiru @RahulGandhi avargal is famous for “Bharat Chodo” and is taking up a Yatra from tomorrow, which will open his eyes to a new India under our Hon PM Thiru @narendramodi avargal and our country’s transformation in the last eight years! (1/10)
— K.Annamalai (@annamalai_k) September 6, 2022

Indicating that the prices of fuel were higher in Tamil Nadu than in BJP-ruled states, he requested Rahul to nudge his UPA partner, especially the DMK government, to honour its poll promise of reducing petrol and diesel prices. “We also urge that you fill the tanks of the vehicles in your convoy in the BJP-ruled States to save money!” he suggested.

We also request @RahulGandhi to nudge his UPA partners, especially the @arivalayam govt, to honour their poll promises by reducing the petrol & diesel rates.

We also urge that you fill the tanks of the vehicles in your convoy in BJP-ruled states to save money! (10/10)
— K.Annamalai (@annamalai_k) September 6, 2022

In a series of tweets, Annamalai said the “4G dynast” would be happy to note how self-reliant India has become, breaking the “Hamse Nahi Ho Payegha” attitude that his family was deeply invested in. “Today, India is on the path to becoming the world’s Vishwaguru,” he claimed.

The transformation under Modi’s rule could be seen in diverse ways. Today, the DBT avoided queues and 100 per cent of the money transferred reached without spillovers. The Jan Dhan Yojana saved the exchequer Rs 2.23 lakh crore. The present situation was far different from what former Prime Minister Rajiv Gandhi claimed in 1985 that for every rupee spent, only 15 paise reached the beneficiary, he said.

During the yatra, Rahul Gandhi would be surprised to witness how even in rural suburbs, digital money has become a norm. In August this year, Rs 10.72 lakh crore was transacted through UPIs by 26 crore unique users across the country. “Our Hon PM has ensured you a safe yatra… National highway length has increased by a whopping 50 per cent in the last 8 years… If you meet farmers during your yatra, you will be awestruck that 24 farm produces are in MSP today,” he said.