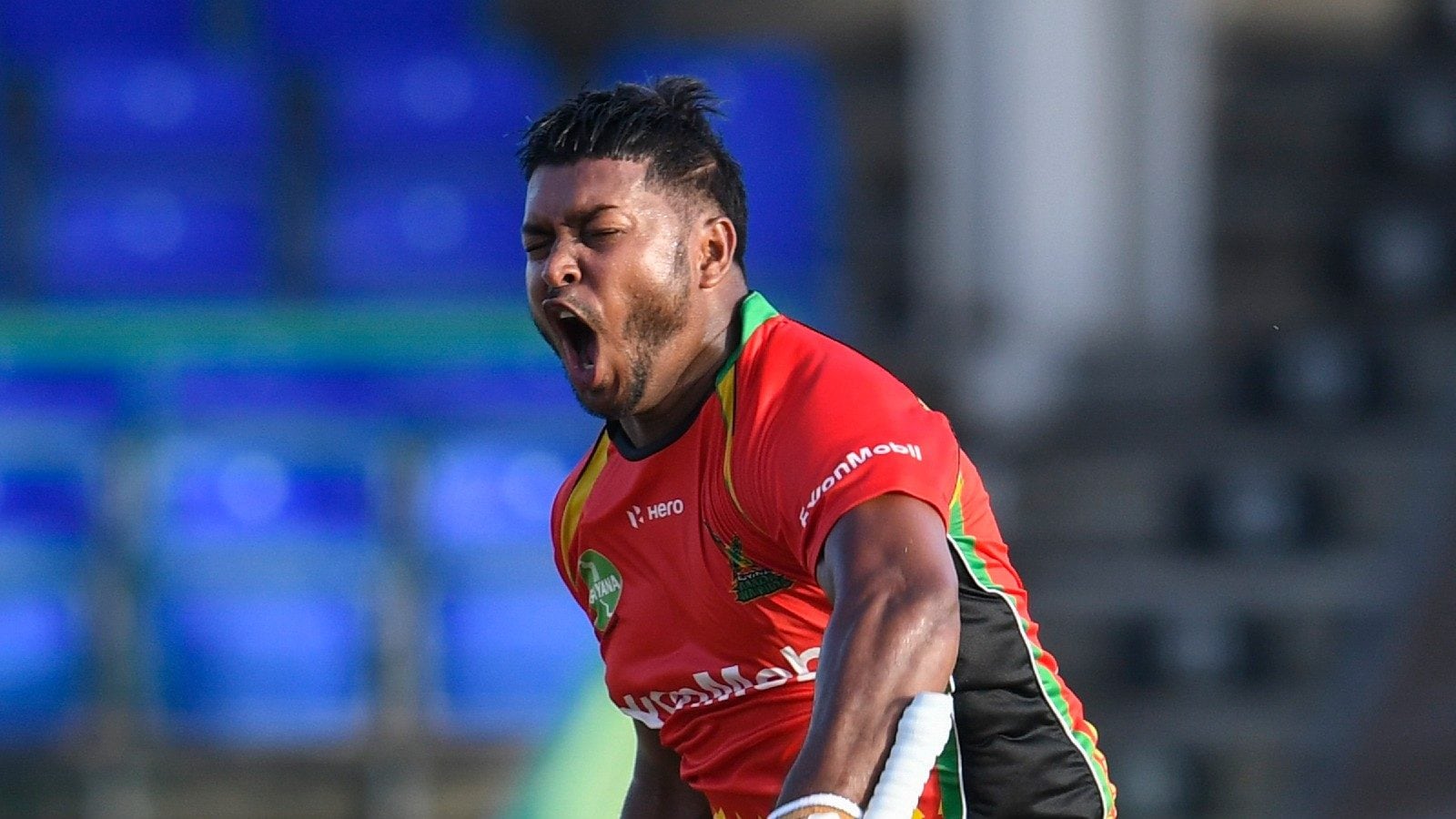 Guyana Amazon Warriors sealed a comprehensive win over Barbados Royals in their 2021 Caribbean Premier League (CPL) encounter thanks to a phenomenal 105* from Chandrapaul Hemraj.

Barbados Royals won the toss and captain Jason Holder chose to bat first, but his side were undone firstly by spin, as Imran Tahir took three early wickets, before a series of run outs and late wickets from Romario Shepherd restricted them to 130 all out.

The Warriors started off briskly, Hemraj dominating with the bat, putting on an opening partnership of 103 runs alongside Brandon King, before King fell to Nyeem Young. Shoaib Malik then came in to consolidate while Hemraj went in search of his century, reaching it with his fifth maximum of the day and sparking wild celebrations.

Barbados Royals had begun slowly as Shai Hope and Johnson Charles tried to build a platform, but veteran spinner Tahir sent the side into disarray with three quick wickets. Gudakesh Motie supported with some economical bowling, while Shepherd used pace to get the crucial wickets of Azam Khan and Holder. There were also three run-outs in the innings.

Amazon Warriors had a comfortable chase in the end, winning with over five overs to spare as Hemraj took the onus to pile on the runs, his partner King only facing six balls in the Powerplay. Barbados Royal’s bowling attack had no answers for Hemraj; it was a quickfire innings; his maiden T20 century coming off 56 balls.

The win will no doubt be a confidence booster for the Amazon Warriors, who now have six points in the Hero CPL league standings. Barbados Royals remain bottom of the standings after this defeat.