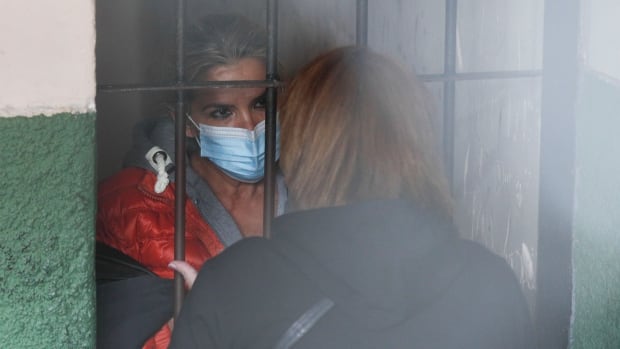 Former Bolivian interim president Jeanine Anez was sentenced to 10 years in prison Friday on charges linked to her assumption of office in 2019 amid violent protests that led to the resignation and exile of her predecessor, Evo Morales.

Anez was convicted of dereliction of duty and acting against the constitution when she proclaimed herself president in what Morales and his party have called a coup.

Anez’s supporters deny it was a coup, saying Morales’s alleged abuse of power triggered a legitimate uprising in the streets. The ouster of Bolivia’s first Indigenous president and his vice-president created a power vacuum that allowed Anez to assume the interim presidency as second president of the Senate, they claim. The defence said she will appeal the decision.

“I did not lift a finger to become president, but I did what I had to do to pacify a country that Morales left convulsed as he fled,” Anez said from the prison where she is being held.

Morales stepped down following nationwide protests over suspected vote-rigging in an Oct. 20, 2019, election, which he claimed to have won to gain a fourth term in office. Morales has denied there was fraud. The protests left 37 dead and forced Morales to take refuge in Mexico.

His party, known by its initials in Spanish MAS, returned to power in the 2020 elections, with Luis Arce as leader, and Morales eventually returned to Bolivia.

But the contentious case has further exposed the fault lines in a deeply divided country while also fuelling concerns about the judicial process in Bolivia.

“We are concerned about how this case has been pursued. And we call on superior courts to examine how the proceedings were conducted,” Cesar Munoz, senior researcher for the Americas at Human Rights Watch, said in an interview with Reuters before the verdict.

Outside the prison where she was being held, about 50 people held posters protesting Anez.

Pride marked by celebrations, arrests and grief around the world | CBC News