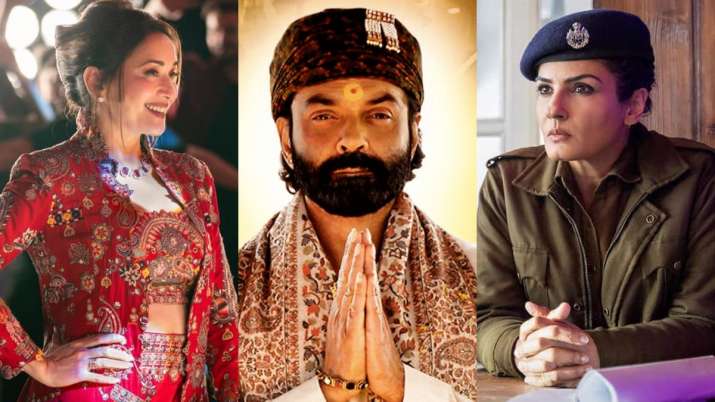 This year we saw a limited number of theatrical releases, but thanks to OTT platforms for treating us with an unlimited dose of entertainment with some impactful releases in the form of web series and films. Lately, we are experiencing a major transition, with A-list actors not keeping their fans waiting and diving into the digital space with their noteworthy performances breaking several stereotypes and meanings of stardom. The trend began with Saif Ali Khan, Abhishek Bachchan, R Madhavan, Karisma Kapoor and Sushmita Sen among others making it big on streaming platforms.

This year the trend continued with Raveen Tandon, Kajol, Naseeruddin Shah moving towards OTT and not shying away from taking up unconventional roles. Raveena Tandon stepped into the shoes of a cop for the series Aranyak. After her last Bollywood film Tanhaji in 2020, Kajol made her OTT debut with Tribhanga: Tedhi Medhi Crazy. OTT seems like a breath of fresh air for actors. A veteran actor like Naseeruddin Shah also unfurled the less explored region of OTT with Amazon Prime musical Bandish Bandits.

Also read: Yearender 2021: In the era of OTT, how long-running TV shows manage to be the flavor of season

As we step in 2022, let’s fasten our seat belts to witness the mega projects by iconic Bollywood stars that are lined up to get released on OTT platforms in the coming year. Bollywood’s Dhak-dhak girl Madhuri Dixit is stepping into the digital space with the Netflix series Finding Anamika. It revolves around an international superstar who suddenly goes missing. Actress Juhi Chawla will also be making her come back through OTT with web series, tentatively titled Hush Hush. Actress Ayesha Jhulka will also be making her digital debut in the series.