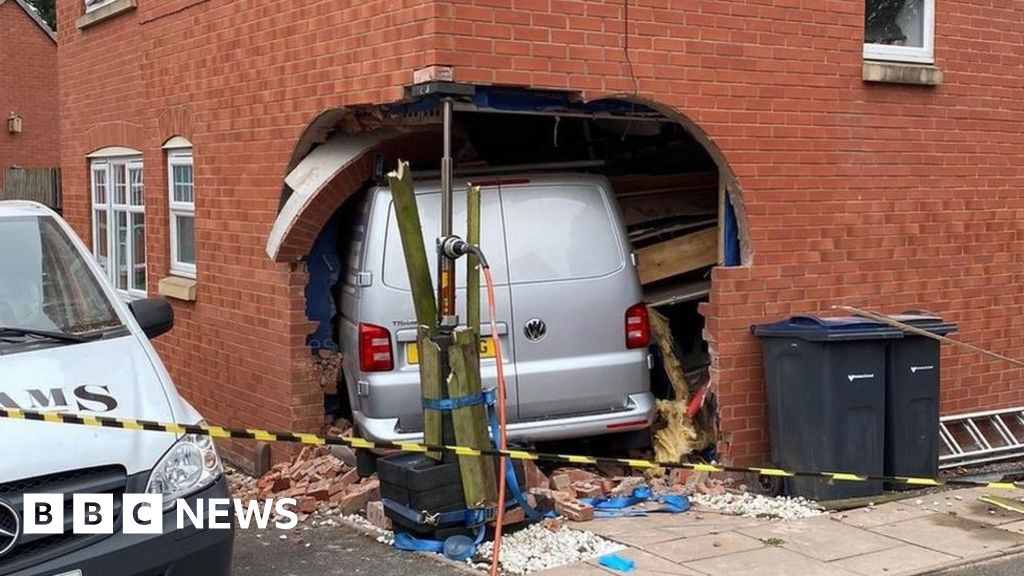 A two-year-old boy was injured when a van crashed into a house in Birmingham.

The child, who was inside the property on Chatham Road, Northfield, was treated for minor injuries at the scene following the crash at about 07:15 BST.

His mother said she panicked as she could not initially reach her son after there was a loud bang and a cloud of dust as they were walking downstairs.

The van driver was also treated for minor injuries and has been taken to hospital.

According to the family, who did not want to be identified, the van crashed through the front door and the porch before coming to rest in the property’s hallway.

Another child, who had been upstairs at the time, and the woman’s partner walked out of the house unscathed.

West Midlands Fire Service said gas and power would need isolating and a structural engineer had been called to assess the damage to the property.

A specialist unit has been at the house to reinforce the structure, it added.

The housing association which owns the property is providing temporary accommodation for the occupants.

Jack Kelly, from Midland Heart, said: “What we’ve done is made sure that they’ve got somewhere tonight and for the next few nights while we assess exactly what’s going to have to happen.

“We’ll make sure that they’ve obviously got their meals included with where they’re staying and over the next few days work with them to make sure they’ve got somewhere to be while we obviously assess the damage and make any repairs needed.”