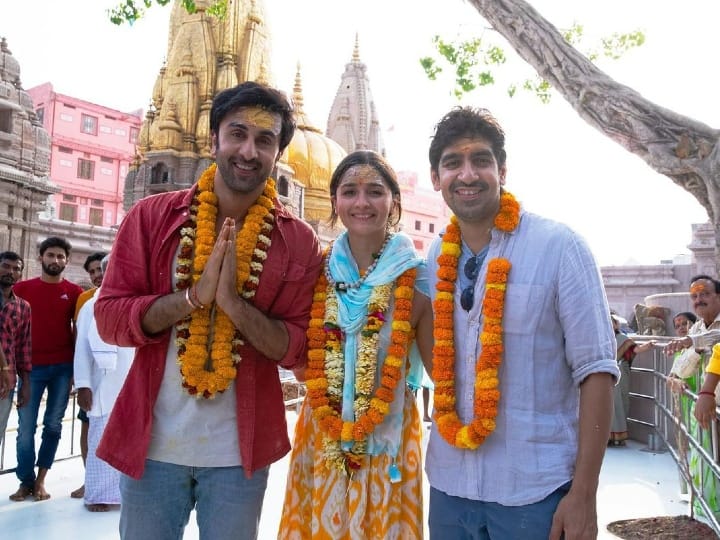 New Delhi: Ranbir Kapoor and Alia Bhatt starrer ‘Brahmastra’ has been headlining news ever since it’s promotional activity began a couple of months ago. As expectations seem to be riding high from this big Bollywood film, the advance bookings trend for the ilm has also shown a positive outcome. The advance bookings for ‘Brahmastra’ opened on Friday and the film’s director Ayan Mukerji also shared a post on Instagram urging fans to book their tickets in advance for this mega-starrer fantasy epic.

According to an ETimes report, ‘Brahmastra’ sold over 10k tickets in just one chain of theatres for the weekend while other chains opened their advance bookings a little late. It is also being estimated that after ‘KGF 2’, ‘Brahmastra’ will have the best advance booking number. While this is the case in multiplexes, the mass circuits release performance and bookings trend is yet to be ascertained.

Ayan has previously directed ‘Wake Up Sid’ and ‘Yeh Jawaani Hai Diwani’ both of which were massive hits at the box office.

‘Brahmastra’ is touted as a three-part fantasy epic. In it’s first Part Shiva, Ranbir Kapoor and Alia Bhatt play the lead pair besides a supporting cast of the likes including Nagarjuna, Amitabh Bachchan and Mouni Roy. Having been in the making for many years now, ‘Brahmastra’ has created much-anticipation among fans.

‘Brahmastra’ also happens to be the first film in which Ranbir and Alia will star together. Besides the publicity around ‘Boycott Brahmastra’ trends, many have come out in support of the film as well. Recently, at a pre-release event in Hyderabad, Jr. NTR came to support his ‘RRR’ co-star Alia Bhatt and director SS Rajamouli, who is presenting ‘Brahmastra’ in Southern states.

Ahead Of ‘Vikram Vedha’ Release, A Look At Popular Films With Two Heroes