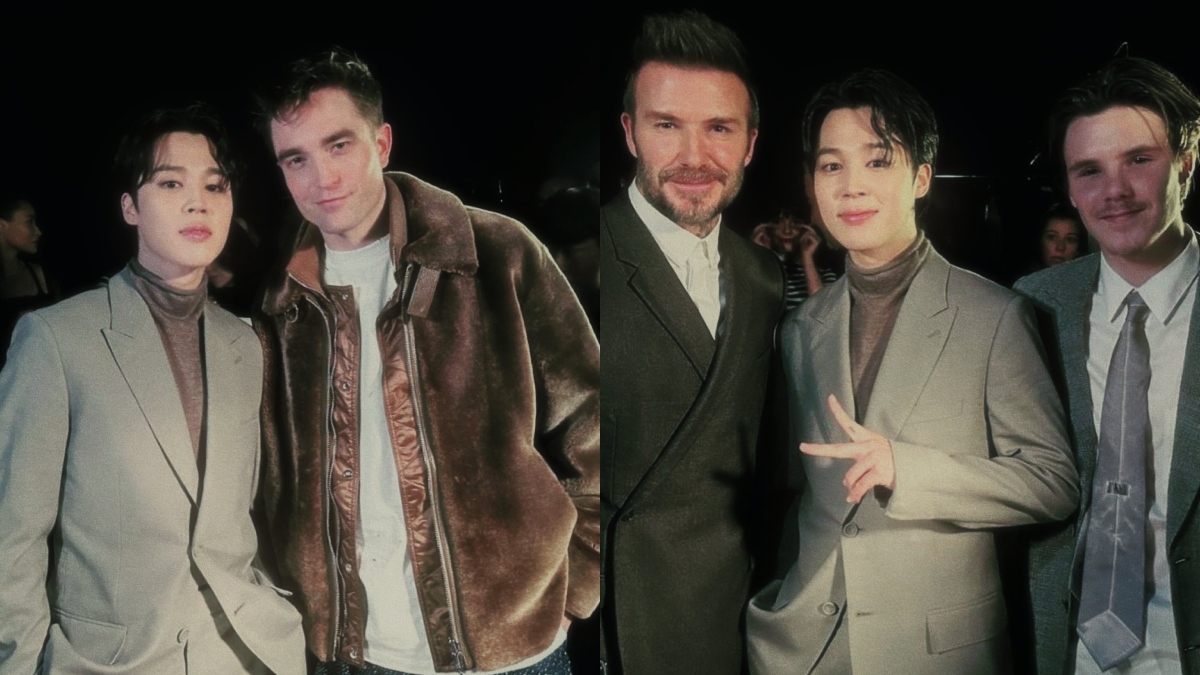 BTS Jimin is trending all over the Internet. The K-pop star attended the Paris Fashion Week and ARMYs couldn’t help but swoon over him a little more than usual. Not only did he make a fashion statement on the red carpet but stunned everybody as he posted photos with popular celebs. As he turned to his Instagram account, the South Korean shared photos with English fashion designer Kim Niklas Jones OBE and popular football player David Beckham and his son Cruz Beckham. In another one, he was seen posing with Hollywood star Robert Pattinson.

The photos have gone viral on social media. ARMYs are in awe of the superstars posing together at the event. “Still can’t believe I got Jimin and David Beckham. a win for me,” a user wrote on Instagram. Another one said, “Can’t handle too much hotness in one frame.” A third one tweeted, “Never thought i’d see david beckham and jimin in one frame.” Take a look at BTS Jimin’s viral photos here:

Earlier, Jimin had taken to Weverse to share his experience at the event. Posting a note for his fans, he wrote, “Everyone, I’m here for fashion week. It was a new and meaningful first experience. I think I felt less nervous because I came with Hoseok. Thank you for watching. I was so happy to see ARMY welcoming me there.” J-Hope reacted to the post by dropping heart emojis.

On the music front, Jimin of BTS fame joined hands with South Korean band Big Bang’s member Taeyang for a new collaborative single named ‘Vibe’. According to Billboard, an American music and entertainment magazine, the two boy band veterans trade verses on the track, singing and rapping, “You know we got that vibe baby/Look at you, look at you/You got the vibe, I can feel it, It’s a vibe.”

The song, which debuted at No. 1 on the Billboard Hot Trending Songs before it was even released, is accompanied by a suitably vibey music video, which captures the pair’s slick dance moves and charisma. It has crossed over 55 million views on YouTube.

BTS Jhope In The Box: Rapper to star in his own documentary; know release date and where to watch

Republic Day 2023: Feel patriotism for India with these songs