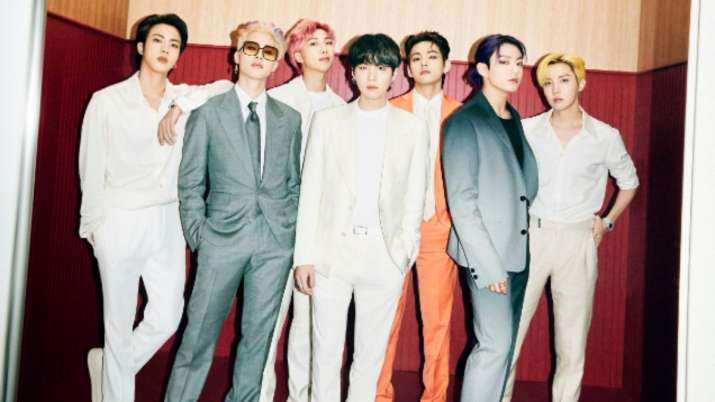 The Grammy-nominated South Korean super band BTS is all set to perform their new song “Butter” at the upcoming Billboard Music Awards. The group made the announcement on their official Twitter handle on Tuesday. “We can’t hold it in any longer! Our debut performance of ‘#BTS_Butter’ will be at this year’s @BBMAs! Watch on Sunday, May 23rd at 8pm ET/5pm PT on @nbc,” they wrote on their official page, with the hastags #BTS and #BBMAs.

The song is slated to release May 21 at 1 p.m. KST (9:30 am IST). Recently, K-pop boy band surprised their fans as they dropped the teaser poster of Butter. On May 1, the teaser poster was shared on social media platforms with the caption, “#BTS_Butter Concept Clip – Teaser Poster.”

The poster has a collage of seven pictures. One of them features a camera on the floor, another features a toasted slice of bread. There is also a picture of a drink, spilled gummies, broken lollipop, heart-shaped confetti. The poster has left fans confused and they have been hunting for clues. ARMY is paving new theories and sharing their interpretations of the poster.

This year, the Billboard Music Awards will be held on May 23 and hosted by Nick Jonas. Canadian singer The Weeknd leads with 16 nominations. Rapper Drake will be felicitated with the Artist of the Decade Award this year.

Pavitra Rishta 2.0: Shaheer Sheikh to step in as Sushant Singh Rajput’s Manav, Ankita Lokhande back too?

Anupam Kher pens heartwarming birthday wish for wife Kirron: People love you for the person you are