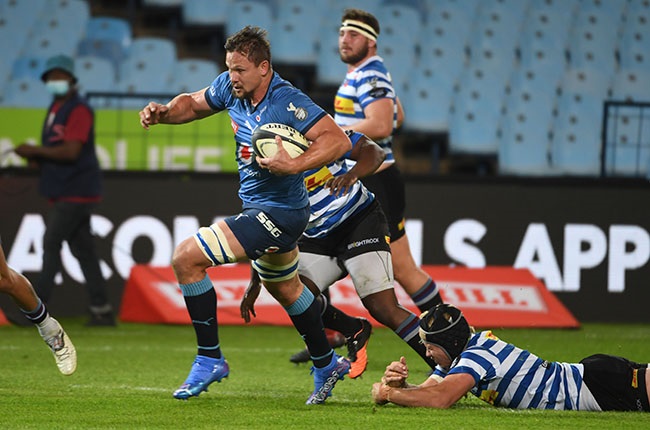 Jake White’s Bulls presented compelling evidence that they definitely aren’t just a pragmatic, forward-driven side with a sweeping attacking performance that handed them consecutive appearances in the Currie Cup final as they overwhelmed Western Province by 48-31 at Loftus on Friday night.

The former World Cup-winning Springbok coach has continually stated over the past year that he’s cultivating an outfit that is adaptable and skilful.

It has, admittedly, been a gradual journey as White first had to ensure that the traditional pillars of the Bulls’ game are in place – evidenced by his initial focus to recruit experienced forwards of proven class – before evolving his product after last season’s Super Rugby Unlocked and Currie Cup title triumphs with some reinforcements at the back.

Neatly, all three of those men – flyhalf Johan Goosen and midfield pairing of Lionel Mapoe and Harold Vorster – played starring roles in this performance as they provided poise, direction and execution to a showing that eventually delivered six tries.

The Bulls sniffed blood as early as the sixth minute when Goosen produced a sublime, double skip pass to the irrepressible Cornal Hendricks, playing on the wing.

That the hosts got into that position – after some delightful phase play – was down to Province skipper Ernst van Rhyn’s poor judgement in a reckless tackle that led to the initial penalty.

Five minutes earlier, the Bulls were handed the perfect start when WP opensider Deon Fourie went off his feet with a poach at the second breakdown of the match, an indiscretion Goosen punished with a sumptuous long-range strike.

It was not the start the visitors needed.

Goosen scored his own try when his beautiful, flat pass allowed Hendricks to streak past the defensive line, pass inside to fullback David Kriel, who in turn found the lively halfback Zak Burger, who gave the crucial scoring pass.

Dominating possession, Vorster set up the third try when his punching, straight run caught a pourous Province defence off-guard, providing the type of momentum that blinside flanker Arno Botha could simply feast on.

Mapoe’s try was similarly sumptuous, the Bulls varying their line of attack in quick bursts before wing Madosh Tambwe found space on the left.

Tighthead Mornay Smith gave a magnificent off-load to the tireless lock Ruan Nortje, who gave Burger quick ball for his grizzled outside centre.

The match was killed as a contest shortly before the break when Bulls skipper Marcell Coetzee rounded off a period of keeping the attack tight with a close range try.

It was a mesmerising display.

Lacking in the fundamentals, Province had to rely on the initiative of their outside backs to keep themselves in the game and while they were generally hampered by the home side’s defence, some instances of them speeding up proceedings did create pressure.

Wing Edwill van der Merwe was the greatest beneficiary of that, his twinkle toes, pace and determination leading to a well deserved hat-trick.

But that was as good as it would get for the Capetonians as they found the set-pieces tough going and performend patently poorly at ruck time.