Home Sport ‘Bumrah said give me the ball’: Virat Kohli reveals how the pacer... 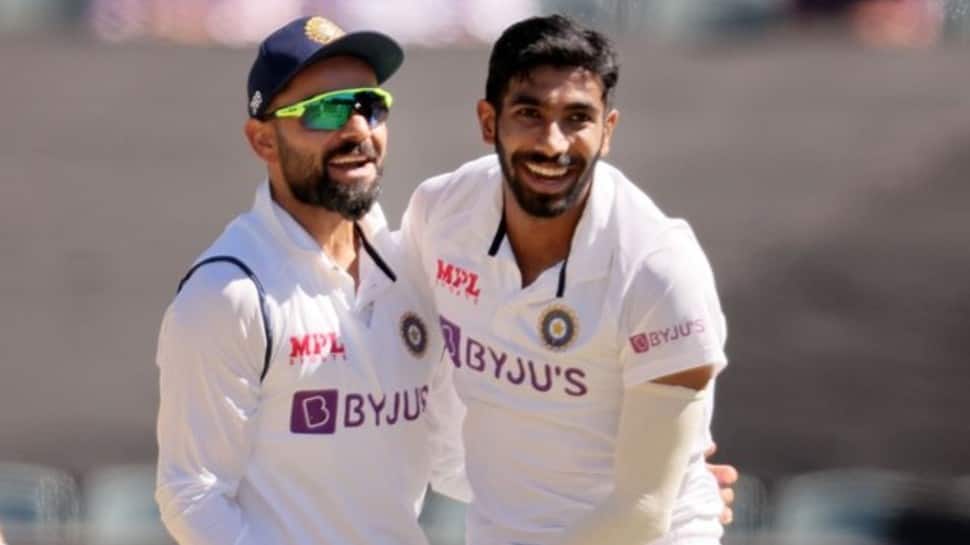 After registering an emphatic 157-run win over England in the fourth Test here at the Kennington Oval, India skipper Virat Kohli on Monday said that Jasprit Bumrah asked to be brought into the attack once the ball started to reverse on the final day of the match.

Indian bowlers delivered big time on the last day of the fourth Test at the Kennington Oval on Monday as the genius of mercurial Jasprit Bumrah, and all-round performance by Shardul Thakur in the match helped visitors in defeating England by 157 runs to gain a 2-1 in the five-match series. This is also India’s first win in Oval in 50 years. This is also only the second time in history — after 1986 — that India have won two Tests on one tour of England. They had beaten England by 151 runs in the second Test at Lord’s last month.

“As soon as the ball started reversing, Bumrah said give me the ball. He bowled that spell and swung the game in our favour with those two huge wickets. I think you pointed his performance. Rohit’s innings was fantastic. What Shardul has done in this game stands out. His two fifties deflated the opposition. I think he batted well in both innings. We never go towards analysis, statistics, and numbers,” Kohli said during the post-match presentation.

What a fantastic come-from-behind victory this is at The Oval!

We head to Manchester with a 2-1 lead! #ENGvIND

With the conditions good enough for batting, England openers got the hosts off to a decent start, with both scoring fifties, however, Shardul came into the attack and got rid of Burns in his first over of day 5. Shardul Thakur who was part of the Indian quartet in scoring more than 50 runs in the second innings, also dazzled with the ball as he sent back Joe Root to the pavilion later. Hosts were still in the game until just after lunch on Day 5 when Jasprit Bumrah produced a glorious spell to give India a real shot at victory.

England captain Joe Root lauded the ability of pace bowler Jasprit Bumrah saying that his spell of reverse swing with the ball that was 60-odd over old turned the match in India’s favour.

“It’s frustrating, though we’ll get something from the game today, we had an opportunity of winning a Test match. The opening partnership was outstanding, credit to India, they got the ball to reverse I thought Bumrah’s spell was the real turning point of the game. From our side, we’ll have to look at other areas where we missed opportunities, maybe we should have made more of an advantage with the first-innings lead and should have taken the chances that were offered,” Joe Root said in the post-match presentation.

India conquer The Oval – their first Test win at the venue since 1971 #WTC23 | #ENGvIND | https://t.co/zRhnFiKhzZ pic.twitter.com/aH7r53QMst

India and England will now lock horns in the fifth and final Test at Manchester, set to begin on September 10.