Home India Canine and able: What are Mudhol hounds likely to be part of... 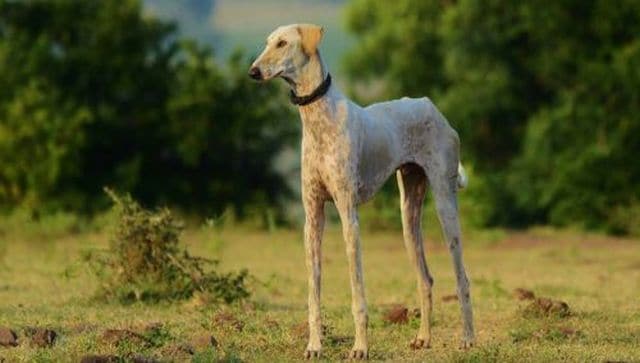 Mentioned by Narendra Modi in a 2020 Mann Ki Baat address, the Mudhol hound from Karnataka is likely to join the Special Protection Group that protects the prime minister. This Indian breed of sighthound serves the armed and paramilitary forces

Every dog has its day. Now it’s the turn of the famous Mudhol hound, also known as the Caravan hound. The breed of hunting dogs, native to north Karnataka, is likely to be inducted into the Special Protection Group (SPG), the elite force that protects Prime Minister Narendra Modi.

The Mudhol hound, named after the erstwhile princely state of Mudhol, is the first Indian dog to be drafted into the Army. It could also become the first indigenous breed to be part of the SPG.

The history of the Mudhol hound

The rulers of Mudhol in present-day Bagalkot bred these dogs. King Malojirao Ghorpade, the last king of Mudhol, presented a pair of these puppies to King George V, who christened the dogs as Mudhol hounds.

Legend has it that in the 17th century Maratha king Shivaji bred and used these dogs in his army, reports moneycontrol.com.

The characteristics of the breed

The Mudhol hound is lanky with athletic legs, an elongated skull and a tapering muzzle. With a 270-degree vision and a sharp sense of smell, it is ideal for hunting, guarding, and surveillance.

These dogs are swift runners and come with great stamina. Recognised by the Indian National Kennel Club, a registry of purebred dogs in the country, they are said to be extremely brave and loyal.

Serving the army and other forces

In February 2016, the Indian Army took a batch of Mudhol hound puppies into its Remount and Veterinary Corps (RVC) training centre. Here is where army dogs – the foreign breeds such as Labrador and German Shepherd — are trained before being inducted into service.

Of the eight dogs, six were selected for field evaluation and suitability trials with the Srinagar-based HQ 15 Corps and Nagrota-based HQ 16 Corps. They were trained to detect explosive devices and not guard duties and search and rescue operations, according to a report in The Indian Express.

The hounds could play a key role in the detection of Improvised Explosive Devices (IEDs) in counter-insurgency operations, an army officer told the newspaper in 2018. The Mudhol hound is the first indigenous breed to serve in the Indian Army. AFP

They were also inducted by the Indian Air Force in 2021 to scare birds on the runway. “To address the problem of ground-dwelling birds such as lapwings and larks, IAF planned a dog-walking module. The IAF chose a domestic breed as part of the Aatmanirbhar Bharat. Taking a cue from PM’s Mann ki Baat wherein he had praised this breed, we decided to try the Mudhol hound,” a senior IAF official told The Deccan Herald.

The hounds were also included in the dog squad of the Special Tiger Protection Force of the forest department at Bandipur Tiger Reserve in Karnataka.

What Modi said about the Mudhol hound

While addressing a rally in Jamkhandi in Bagalkot district in May 2018, Narendra Modi said that the Congress, “who fall sick at even the mention of nationalism”, should learn patriotism “at least from Bagalkot’s Mudhol dogs”, which he said were “going out to protect the nation with a new battalion”.

He was reportedly referring to Congress president Rahul Gandhi’s visit to the Jawaharlal Nehru University campus to be with a section of students during a controversy over anti-national slogans being allegedly chanted at the campus.

Two years later, in a Mann Ki Baat address in August 2020, the prime minister mentioned the names of several dogs who had served in the Indian Army and helped in disaster missions, endorsing indigenous breeds which he said were “very good and capable”.

“Among the Indian breeds, Mudhol hound and Himachali hound are of excellent pedigree,” he said. He also mentioned the Rajapalayam, Kanni, Chippiparai, and Kombai, which cost less to raise and can easily adapt to the Indian environment.

Talking about security agencies who have inducted Indian breeds, “In the recent past, Mudhol hound dogs have been trained and inducted in the dog squad of the Army, CISF and NSG; Kombai dogs have been included by the CRPF.”

“Research on the Indian breed dogs is also being done by the Indian Council of Agriculture Research with the aim to make them better and more beneficial,” he said.

Urging people to bring home the Indian breed, Modi asked, “At a time when Atmanirbhar Bharat is becoming a mantra of the people, how can any domain be left untouched by its influence?”

After Modi’s speech, the demand for the Mudhol hounds reportedly shot up with the paramilitary, forest and other departments showing interest in the canines. In 2020, a pair of Mudhol hound puppies were sold for Rs 25,000.