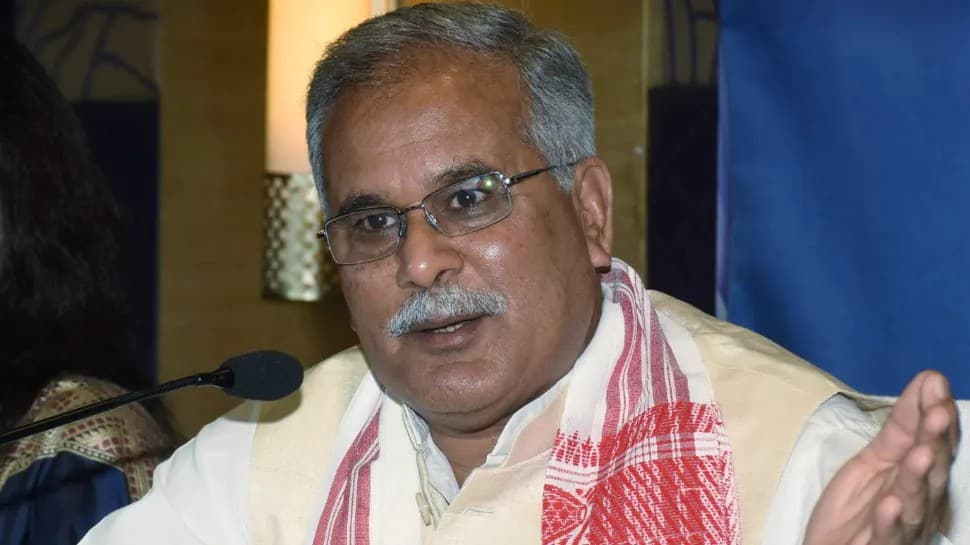 Raipur: The Chhattisgarh government on Monday decided to reduce Value-Added Tax (VAT) on petrol and diesel by 1 per cent and 2 per cent, respectively, nearly three weeks after the Centre cut excise duties on the two fuels.

With the reduction in VAT, the price of petrol will come down by 70 paise and that of diesel by Rs 1.36 in the state, a government official said.

The decision was taken during a cabinet meeting chaired by Chief Minister Bhupesh Baghel here at his official residence, he said.

The move will cause a loss of nearly Rs 1,000 crore to the state exchequer, the official said.

“Providing major relief to the people of the state. Chief Minister Bhupesh Baghel-led cabinet has decided to cut the prices of petrol and diesel. VAT on diesel and petrol has been reduced by 2 per cent and 1 per cent respectively. The state government will bear the revenue loss of about Rs 1,000 cr,” the Chief Minister’s Office (CMO) tweeted.

“The state government had been imposing 25 per cent VAT on petrol and diesel. With this rate cut, the price of petrol will come down by 70 paise and that of diesel by Rs 1.36 in the state,” the public relations department official said.

Briefing about other cabinet decisions, state Forest Minister Mohammad Akbar said it was decided to allow regular functioning of all classes in government and private schools in full capacity while complying with COVID-19 preventive protocols.

The state government had allowed reopening of private and government schools in August and September for different classes with certain conditions, including 50 percent attendance.

“The cabinet also decided that a centralized system will be adopted to further improve the quality of ready-to-eat nutritional food being distributed through Anganwadi centers to eradicate malnutrition among women and children. The preparation and distribution of ready-to-eat nutritional food will be done through Chhattisgarh State Seeds and Agriculture Development Corporation with automatic machines being used to process and package foods,” he added.

The cabinet also approved the draft of the Chhattisgarh Goods and Services Tax Act (Amendment) Bill-2021 and the draft of Cigarettes and Other Tobacco Products (Prohibition of Advertisement and Regulation of Trade and Commerce, Production, Supply and Distribution) Chhattisgarh Amendment Bill-2021.

It gave ex-post facto approval to the formation of a two-member judicial inquiry commission to investigate the Naxal attack that took place on May 25, 2013 in Jhiram valley area in Bastar in which several Congressmen were killed, he added.

Meanwhile, BJP MLA and Leader of Opposition Dharamlal Kaushik slammed the state government and called the reduction in fuel prices as “nominal and disappointing”.

“The Congress government has deceived people who had been expecting a major reduction in VAT in the state. A nominal reduction of one or two percent in VAT will serve no purpose and people will not get any kind of relief from it,” he claimed.

On allowing schools to function at full capacity, Kaushik said the state government must be cautious and ensure COVID-19 protocols are followed completely.