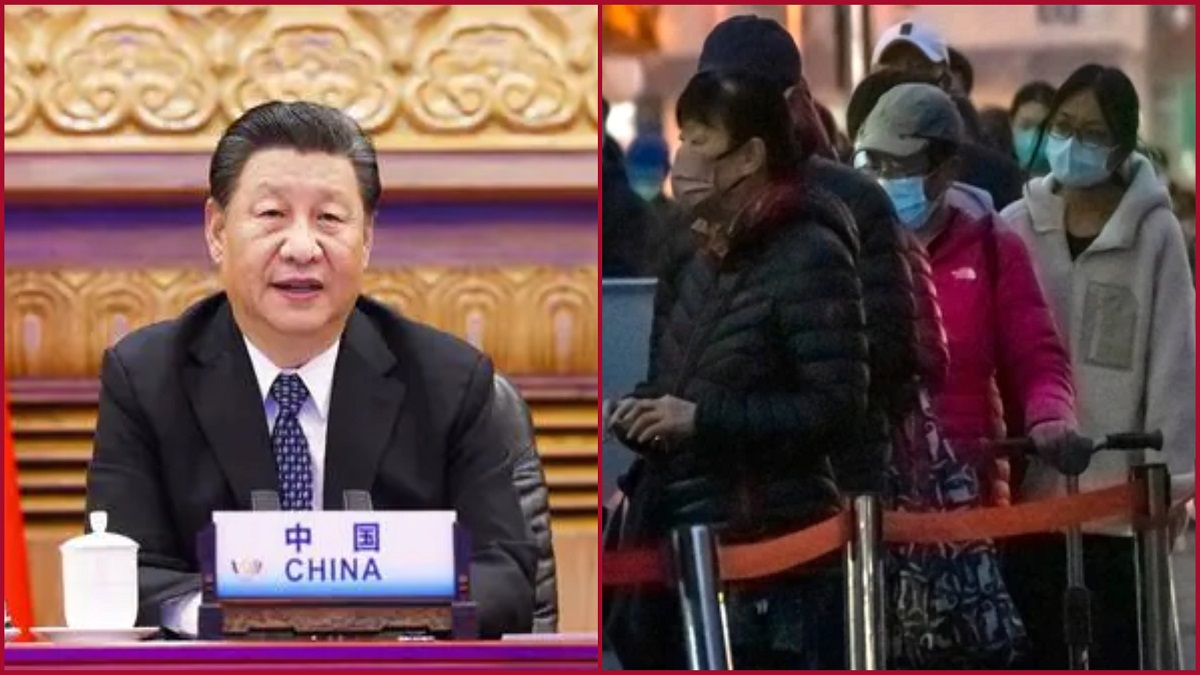 China COVID regulations: China has trimmed the quarantine time for inbound travellers and scrapped curbs on international flights, as it began to ease its stringent Zero-COVID policy.

The new rules were announced following the first meeting of the newly elected seven-member Standing Committee of the ruling Communist Party of China, (CPC) headed by President Xi Jinping.

The Standing Committee is the highest policy-making and implementation body of the CPC.

“No “circuit breaker” on overseas inbound flights to China upon detecting positive cases on board”, state-run Global Times tweeted on Friday.

Under the “circuit breaker” policy, Chinese aviation officials arbitrarily suspend international flights for a prolonged period if any passengers tested positive for COVID-19 upon arrival.

The flights also have to return empty if any cases are detected.

This has resulted in many international airlines including that of air operators to fly to China as it resulted in huge losses.

The “circuit breaker” was regarded as the main stumbling block for the restoration of flights between India and China as airline operators in India were averse to agreeing to operate flights to China.

There were no direct flights between China and India for over two years, prompting people travelling between the two countries to fly through the third-country routes.

The removal of the “circuit breaker” rule could facilitate the partial resumption of direct flights between the two countries, according to sources.

“Other adjustments include: shorten quarantine requirements for international arrivals from 7+3 to 5+3, end screening of secondary close contacts,” it said.

Observers believe the mandatory quarantine in government-designated places is unlikely to make an impact due to the poor living conditions and catering services.

On the domestic front, China adjusted quarantine requirements for close contacts. Under this rule, close contacts of people who tested positive had to mandatorily undergo seven days’ quarantine at designated centres and three days at home.

This has now been reduced to five days in quarantine centres and three days of observation. Significantly the new rules were announced as China continues to report a high number of COVID cases.

The continued spike in coronavirus cases despite China’s relative isolation under its stringent dynamic Zero-COVID policy is being questioned both at home and abroad.

It was resolved at the meeting that more resolute and decisive anti-epidemic measures should be taken to contain the spread of the virus and restore the normal order of work and life as soon as possible.

The meeting noted that new variants continue to emerge, the coronavirus pandemic is ongoing, and new outbreaks continue in China.

The outbreaks in some parts of China are of a considerable scale, an official statement released after the meeting said, the state-run Xinhua news agency reported.

It was noted that due to the mutation of the virus and the climate during the winter and spring, the scope and scale of outbreaks may expand further, and the COVID-19 prevention and control situation remains grave, the report said.

The meeting stressed the necessity of maintaining a firm strategic resolve and carrying out COVID-19 control work in a science-based and targeted manner.

The meeting stressed efforts to effectively implement the principle of early detection, reporting, quarantine, and treatment of cases. The meeting also called for strengthened efforts in vaccine and drug R&D.

Stressing that necessary epidemic control measures must not be relaxed, the meeting called for actions to rectify superfluous policy steps and a one-size-fits-all approach.