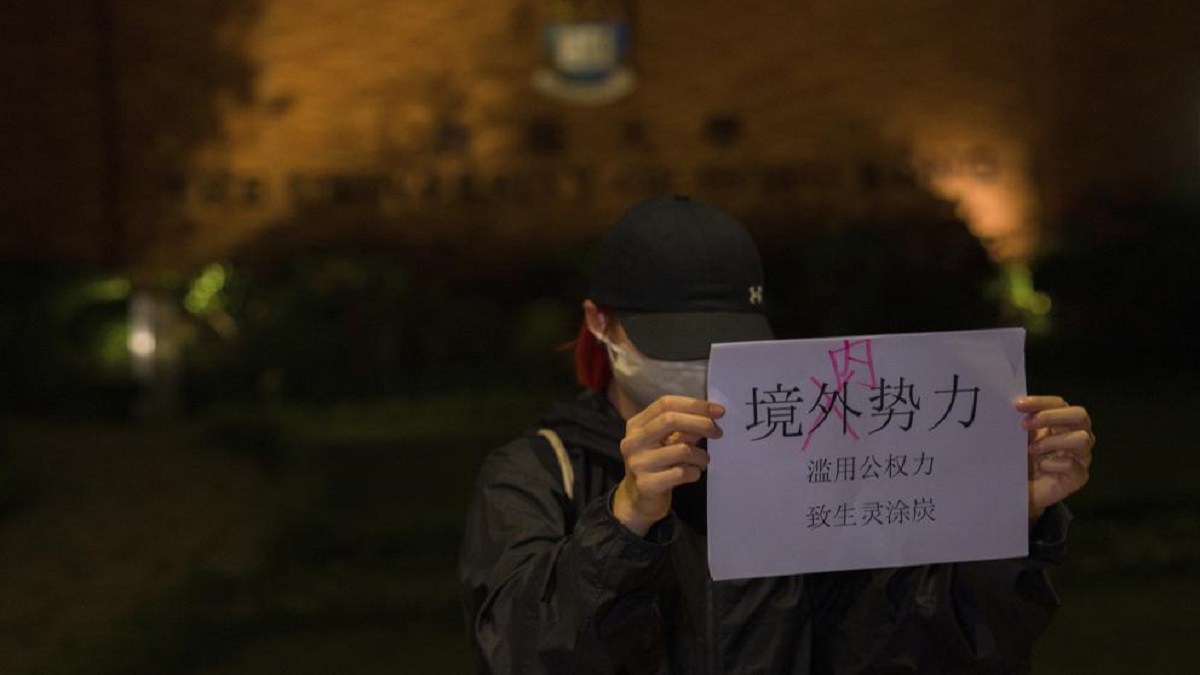 China’s ruling Communist Party has vowed to ‘resolutely crack down on infiltration and sabotage activities by hostile forces,’ following the largest street demonstrations in decades staged by citizens fed up with strict anti-virus restrictions. In a desperate attempt to quell the uprising, police have stormed the now-empty protest sites. Some protestors claimed that the police contacted them with the purpose of seeking information on their whereabouts.

The statement from the Central Political and Legal Affairs Commission released late Tuesday comes amid a massive show of force by security services to deter a recurrence of the protests that broke out over the weekend in Beijing, Shanghai, Guangzhou and several other cities. While it did not directly address the protests, the statement serves as a reminder of the party’s determination to enforce its rule.

Meanwhile, police officers were seen patrolling in large numbers in parts of Beijing and Shanghai on Tuesday where demonstrations were held at the weekend. There were also reports of around 150 officers showing up at a busy shopping area in the southern city of Shenzhen after rumours of a planned protest there circulated on social media, the BBC reported.

Also on Tuesday, Chinese health officials said the authorities would work to reduce the “inconvenience” caused by the Covid pandemic. Mi Feng, the spokesperson of China’s National Health Commission (NHC), told reporters that lockdowns should be “imposed and eased quickly” and that “excessive control measures should be continuously rectified”.

China has recorded record numbers of new cases in recent days. It is the only major economy with a zero-Covid policy, with local authorities clamping down on even small outbreaks with mass testing, quarantines and snap lockdowns, BBC reported. Over the weekend, thousands in China took to the streets demanding an end to the strict measures, with some even making rare calls for President Xi Jinping to stand down.

Health officials earlier called for more targeted Covid measures, saying complaints over tough curbs were a result of the “arbitrary” local roll-outs, rather than national guidelines. In Guangdong province, authorities announced changes to local Covid policy on Tuesday evening, allowing some close contacts of Covid cases to quarantine at home rather than in state facilities.