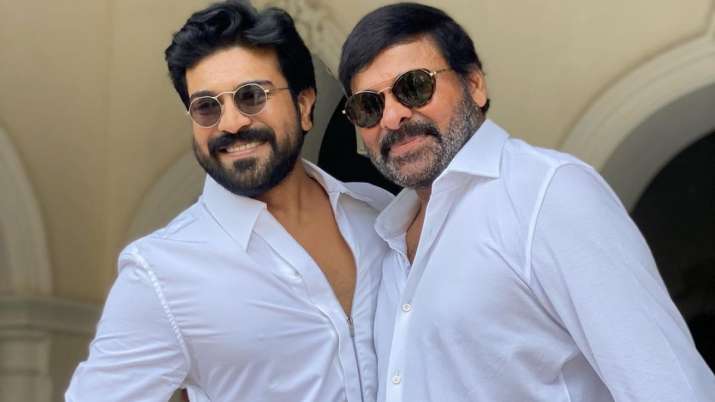 The veteran south superstar Chiranjeevi wishes son Ram Charan on completing 15 years in cinema.  The Megastar, took to social media to wish his dear son. In his post, Chiranjeevi also spoke about how Ram Charan has evolved over the years as an actor. The Acharya actor complimented his son’s body of work and determination. The actor shared a priceless photo of the two and reflected on his son’s journey from Chirutha to RC 15.

Taking to Twitter to share his thoughts on his son’s impressive journey, Chiranjeevi wrote, “On reaching the 15-year milestone, fondly reflecting on Ram Charan’s journey in films. “It is heartening how he has evolved as an actor from ‘Chirutha’ to ‘Magadheera’ to ‘Rangasthalam’ to ‘RRR’ … and now, to #RC15 with director Shankar. Supremely pleased at his passion, body of work, dedication and his innate urge to excel at what he does. Proud of you my boy! Here’s to greater heights and greater glories that await you! Go for it! May the Force be with you Ram Charan!”

Ram Charan made his acting debut with the 2007 film Chirutha. He then became part of SS Rajamouli’s Magadheera and went on to deliver entertainers like Rangasthalam, Naayak, Dhruva and more recently the blockbuster hit RRR. He also made his Hindi debut with Zanjeer alongside Priyanka Chopra and Sanjay Dutt. He is successfully taking his father’s legacy forward. Ram is following in the footsteps of his dad and is paving a niche for himself.

Ram Charan has had a phenomenal 2022 with the stupendous success of RRR. In the SS Rajmouli-directorial, he played the role of Alluri Seetharama Raju. His next release, Acharya, turned out to be a huge failure. The actor is presently shooting for director Shankar’s RC 15. There are reports doing the rounds that he will join hands with Jersey director Gowtam Tinnanuri for his next film.