Not only temples, but the Stalin government is also going after temple gold and funds to build so-called secular institutions

Ever since the DMK has come to power in Tamil Nadu, there has been a rise in cases of conversion in the state, with the Stalin government often accused of being remotely controlled by the Christian conversion mafia. Stalin himself reportedly said during the inauguration of the 75th anniversary of the Church of South India in October 2021, “The government in Tamil Nadu was formed by you.” Stalin said this while standing next to Dr N Ezhilan who is often accused of targeting Hindu gods and goddesses in front of young children.

In recent months several Hindu temples have reportedly been demolished in Tamil Nadu. As per a recent court case, 16 major temples were demolished. This includes a 125-year-old temple on the banks of Muthanankulam, which was demolished in the name of removing encroachments next to a water body, while many government-owned buildings are situated on so-called water bodies. What is deliberately ignored is Hindu temples are constructed for millennia next to water bodies. At the same time, every possible reason is used to not take any action against so many illegal churches across the state despite numerous court rulings against them. There is even a thorium-rich hill completely taken over by the church with little action from the state government.

Not only temples, but the Stalin government is also going after temple gold and funds to build so-called secular institutions. They even got a fish market near a temple to insult Hindus. DMK MLAs openly derogate Hindu symbols and Hinduism in public speeches, even in the state Assembly, in spite of the majority electorate of the state who are still Hindus.

Why are temples in the line of fire in Tamil Nadu? Because the presence of a temple has traditionally been a major deterrent to conversions. A temple, even a small one, forms a spiritual centre around which people congregate and it is where the strong bonds develop in their faith in spite of the travails of life.

It is this systematic destruction of small and big temples that were eventually replaced by big churches playing a major role in converting Buddhist-majority South Korea into the Christian-majority nation in recent times. Make no mistake, Christian conversion mafia has ambition nothing short of complete destruction of every temple in the state. In a best-selling book, The Darkening Age: The Christian Destruction of the Classical World, Catherine Nixey gives accounts of how Christianity systematically destroyed the so-called ‘pagan temples’. Conversion of native temples to Churches is seen all across South America. From Constantinople in Europe to Aztec and Mayan kings in South America, once the church got into corridors of power, it worked quickly to destroy the temples of native religions, assassinate or subdue their saints and wipe out their memory.

But it does not end there. Now they are duping poor Hindus with churches that look exactly like temples. Even sacred classical Tamil scriptures have been converted into church versions. The destruction is targeted towards the old traditions of the state, such as Jallikattu, that bring communities together. Eventually they will replace all Hindu festivals with church versions, like it was done across all Americas and Africa. Christmas itself was a usurpation of a pagan harvest festival, similar to Pongal in Bharat.

A devotee cooks sweet dishes on the occasion of Pongal festival. PTI

Amid all this has come to the fore the saga of 17-year-old girl Lavanya, daughter of farm labourers, who committed suicide after two years of torture to convert. There are, however, many Lavanyas who are waiting to be rescued. Many Christian schools in Bharat have a complete ecosystem where there is school, hospital, church, burial ground hidden behind big walls or big campuses. Little is known what happens behind those walls. In fact, the school that tortured Lavanya did not even have a licence for a hostel. Though these schools are government-aided where teacher salaries and infrastructure expenses are paid by the taxpayers (i.e., majority Hindu community) and even exempt from RTE due to minority institution category, Hindu children are terrorised and beaten up for wearing Hindu symbols, whether Kum kum, Tilakam or wrist threads. Poor Hindu children are forced to convert to get admission because they cannot pay enough fees even though the government pays much of the expenses. 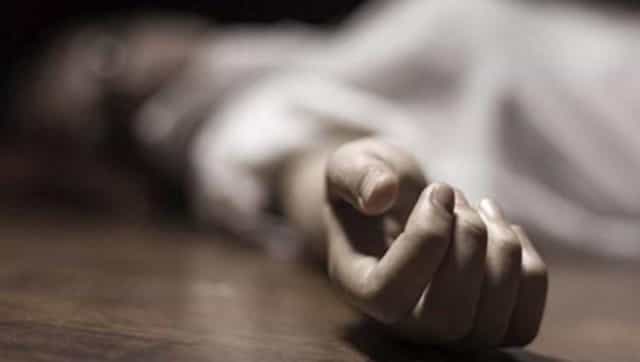 How unhealthy pressure can lead to suicide. Representational image

Swami Vivekananda and Dr BR Ambedkar warned the nation that Christian conversions are nothing short of denationalisation. Mahatma Gandhi, too, understood the imperial designs behind conversions. He not only called for legislation against conversions but also for ‘Ghar Wapsi’, categorising the missionary activities in Bharat as the deadliest poison.

How did things come to this pass? While the DMK has a long history of anti-Hindu and anti-Brahmin mindset, the state also has a majority of officials (estimated at 40 percent) from reserved sections who are crypto-Christians where hate for Hindu religion is ingrained as part of conversion. Hindus are largely disorganised and have little mechanisms to counter the vicious juggernaut of Christian mafia which has the experience of 2,000 years to subjugate and convert societies combined with multi-billion dollar funds obtained by spreading blatant lies to unwitting Western church goers. From Punjab and Chhattisgarh in the North to Andhra Pradesh and Tamil Nadu in the South, we are witnessing a situation similar to medieval times which resulted in Bharat being reduced to half its size and could be looking at a potential break-up of the country if nothing is done to stop this “Breaking India’ programme.

Sadly, while the West is slowly discarding the exclusive version of Christianity and is increasingly embracing much of Hindu ideals such as yoga, meditation, mind science, Chakras, Ayurveda, even reincarnation, Bharat is moving in just the opposite direction. Most of the Western nations, particularly Europe, have almost completely discarded the Church.

Those ruling Tamil Nadu today have little idea that Ramana Maharishi, who hailed from the state, is the most venerated saint of the Western progressive elite with many millions of followers across the world.

Our Nataraja statue symbolising the cycle of destruction and creation lies at the corridors of the CERN institute, which is one of the world’s largest and most respected centres for scientific research. Carl Sagan, highly celebrated cosmologist, says the secrets of the universe are hidden in Hindu scriptures. Before he died of cancer, Steve Jobs, founder of Apple, purchased 500 books of Autobiography of a Yogi and asked to be given as a gift to every single top executive of the world who attended his funeral with a personal message from him.

Almost every country has signed up for the International Yoga Day. Top-notch world institutes are writing papers on the reality of the universe that was echoed more than 5,000 years ago in the most profound scripture Vasistha Yoga. The Bhagavad Gita is being studied as a document for realisation of human potential in American and German universities. Study of consciousness, which is what the Vedic civilisation is all about, is being studied with interest in the West. In fact, it is this spread of Hindu principles in the West that is causing Western bigots to go doubly after Hinduism because their falsehoods are exposed and their livelihoods jeopardised. 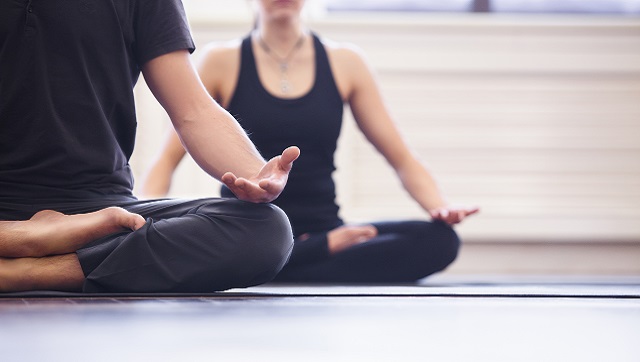 It’s time that we heed to the warning of Mahatma Gandhi when he said, “Christian church agenda is nothing short of uprooting Hinduism from its very foundation.” His words have never been more relevant.

The writer is a US-based activist who has played a critical role in the introduction of paper trail for India’s Electronic Voting Machines called VVPAT. Views expressed are personal.