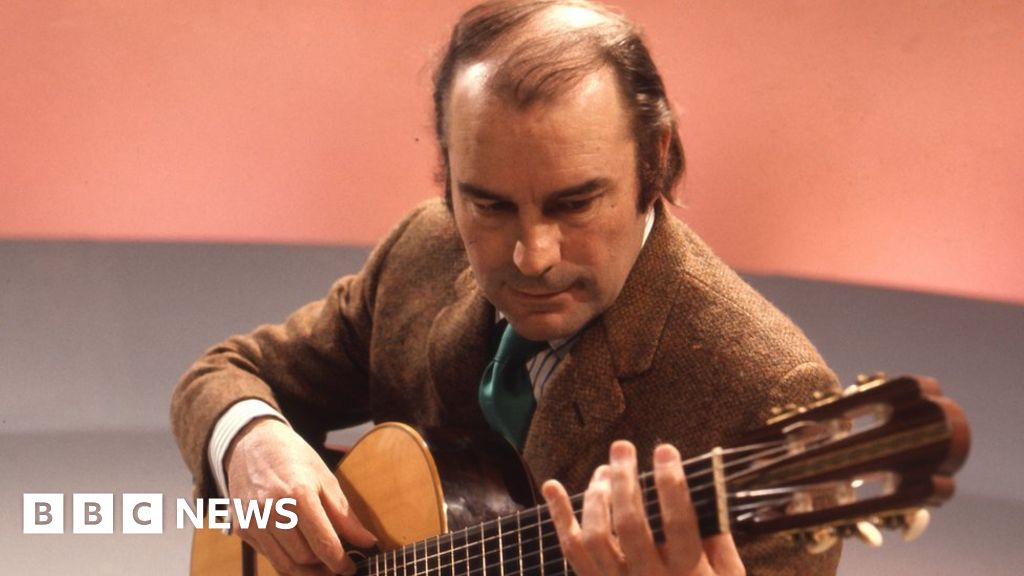 Classical guitarist and lute player Julian Bream has died at his home in Wiltshire at the age of 87.

The virtuoso musician performed globally during his heyday, and was renowned for his recordings of new compositions and masterclasses.

He won four Grammy Awards and received 20 nominations between 1960 and 85.

A self-taught musician, Bream learned playing to radio dance bands with the lute his father bought from a sailor on London’s Charing Cross Road in 1947.

As a child prodigy, his early recitals led to him being “acknowledged as one of the most remarkable artists of the post-war era”, according to the Royal Academy of Music.

After studying piano and composition at the Royal College of Music, and completing national service, he became one of the most prolific and best-selling recording artists in classical music.

He was made an OBE in 1964 and a CBE in 1985. His repertoire included new works by composers including Benjamin Britten, Sir William Walton and Sir Michael Tippett.

Prestigious London venue Wigmore Hall called Bream “one of the greatest guitarists of all time”, adding: “Julian gave his first performance at Wigmore Hall in 1951. He will be greatly missed. RIP.”

Bream’s passion for the Elizabethan lute resulted in him being given solo recitals in concert halls around the world, as well as programmes of poetry and music with the actress Dame Peggy Ashcroft.

During the 1960s, he also founded the Julian Bream Consort a period-instrument ensemble with Bream as lutenist, putting the instrument firmly back on centre stage.

During a masterclass in California in 1991, he told the students: “Guitar was just a hobby, but it seemed to me that the instrument had possibilities, not least of which was that there was no one else playing it.

“I could be, as it were, the best boy in an all-girls school.”

In 2008, he set up the The Julian Bream Trust to provide financial help for the less well-off, young and gifted music students, and to continue the work of commissioning new compositions for the guitar.

Bream told The Guardian in 2013 that he had to “renounce making music seriously” in 2011 after being knocked off his feet by a neighbour’s dog while out walking.

He broke both hips and injured his left hand in the fall, but said: “There’s nothing sad about not playing any more. The thing I feel a little annoyed about is that I know I’m a better musician than I was at 70, but I can’t prove it.”

He added that he was still able to manage a few scales and arpeggios because “it’s very good for one’s brain and muscular system to work in harmony. If you keep up your playing it just keeps things ticking over”.

Speaking about his career, he said: “I devoted my life to music for a reason, and the reason wasn’t because I wanted to get on or make money, but to try to fulfil myself and also to give people pleasure. That’s been my credo.”