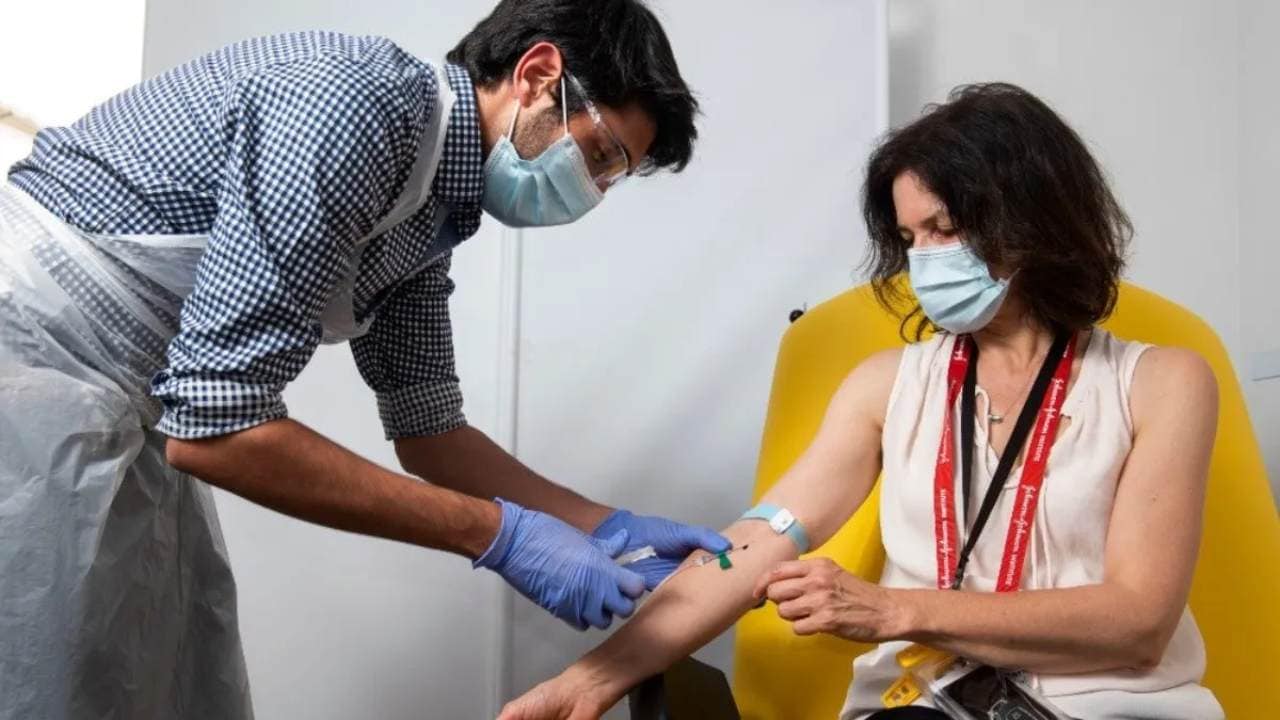 Coronavirus News and Vaccine LIVE Updates: There are 6,43,948 active cases of coronavirus in the country at present which comprise 27.64 percent of the total caseload

Coronavirus News and Vaccine LATEST Updates: There are 6,43,948 active cases of coronavirus in the country at present which comprise 27.64 percent of the total caseload.

COVID-19 cases in India dipped below 55,000 in a single day on Tuesday after the country recorded over 60,000 cases daily for four days on the trot, according to the Union Health Ministry data.

“The case fatality rate has fallen below 2 percent for the first time since the first lockdown. It presently stands at 1.99 percent. It is continuously declining,” Bhushan said.

On Tuesday, Urdu poet Rahat Indori, whose simple and lucid couplets attracted a huge fan folliwing in India and abroad, died while being treated for COVID-19.

Former president Pranab Mukherjee continues to remain critical and is on ventilator support, the Army’s Research and Referral (R&R) Hospital said, a day after he underwent a brain surgery.

The 84-year-old was admitted to the military hospital around noon on Monday, and had also tested positive for COVID-19 prior to the surgery.

Meanwhile, Prime Minister Narendra Modi, in a video conference with chief ministers of ten states, noted that these states account for over 80 percent of active COVID-19 cases. He asserted if the virus is defeated in these states, then the country will also emerge victorious in its fight against the pandemic.

Indori, who was being treated for COVID-19, died of a heart attack at a hospital in Indore, said his son Satlaj Indori, also a poet.

Indori, who recited couplets in very expressive style, was admitted to the hospital on Tuesday morning after he tested positive for the disease.

“He was admitted for coronavirus treatment but died after suffering a heart attack,” Satlaj Indori told PTI.

In the morning, the lyricist-poet tweeted about his confirmed COVID-19 report and said he will keep everyone updated through social media.

“After initial symptoms of COVID-19, my coronavirus test was done yesterday which came out positive. Pray that I defeat this disease as soon as possible,” Indori said in his last post.

“Former President of India Shri Pranab Mukherjee was admitted to Army Hospital (R&R) in Delhi Cantonment at 1207 hours on 10 August, 2020 in a critical condition. Workup at the hospital revealed a large brain clot for which he underwent emergency life saving surgery. Post surgery he continues to remain critical on ventilatory support,” the hospital said in a medical bulletin.

A multidisciplinary team of doctors is constantly monitoring the health of the former president.

Mukherjee tweeted on Monday that he had tested positive for COVID-19 and urged people who had come in contact with him in the last week to isolate themselves and get tested for the novel coronavirus.

Soon after the news of his hospitalisation, wishes poured in from various quarters for his early recovery and a number of leaders sent their wishes on Twitter.

Defence Minister Rajnath Singh visited the R&R Hospital on Monday and inquired about the former president’s health. Singh was at the hospital for around 20 minutes.

Congress leader Rahul Gandhi also sent in his best wishes to the former president and wished him early recovery.

At a video conference with chief ministers of ten states, including Bihar, Uttar Pradesh, Punjab, Andhra Pradesh, Maharashtra and Tamil Nadu, Modi said the recovery rate has gone up which, he added, meant that government efforts have proved to be effective.

The Centre and states have been able to work as a team in the fight against COVID-19, he said.

“Our experience so far is that containment, contact tracing and surveillance are the most effective weapons against the pandemic with experts of the view that if positive cases are identified within 72 hours of onset, then infection slows down to great extent,” the prime minister said.

Modi said it was a matter of satisfaction that the average fatality rate in India has been going down and noted that it has been very low compared to the world average.

The Railways has stated that all regular passenger train services will remain suspended till further notice, but 230 special trains will continue to be in service.

“This is to bring to the notice of all concerned that as decided and informed earlier as well, regular passenger and suburban train services will continue to remain suspended till further notice,” a statement from the Railways said.

“It may be noted that 230 Special Trains, which are running at present, will continue to operate. Local trains in Mumbai, which are presently being run on limited basis only on the requisition of state government, will also continue to run,” it said.

The occupancy of special trains is being monitored on a regular basis and additional special trains may be run based on the requirement, the national carrier said.

However, all other regular trains and suburban trains run before the lockdown will remain suspended for the time being, it said.

All special trains — 12 pairs running on the Rajdhani routes since 12 May and 100 pairs operating since 1 June — will continue.

Earlier, the national transporter had suspended all services till 12 August.

President Vladimir Putin on Tuesday announced that Russia has developed the world’s first vaccine against COVID-19 that works “quite effectively” and forms a “stable immunity” against the disease as he disclosed that one of his daughters has already been vaccinated.

“A vaccine against coronavirus has been registered for the first time in the world this morning,” Putin said during a meeting with members of his government.

“I know that it works quite effectively, it forms a stable immunity,” the official Tass news agency quoted Putin as saying.

Putin’s claim has come amidst concerns raised by experts about the speed of Russia’s work, suggesting that researchers might be cutting corners.

Amid fears that safety could have been compromised, the World Health Organization (WHO) urged Russia last week to follow international guidelines for producing a vaccine against COVID-19, the BBC reported.

The Russian vaccine is not among the WHO’s list of six vaccines that have reached phase three clinical trials, which involve more widespread testing in humans, the report noted.

Of the 871 fresh deaths reported, 293 are from Maharashtra, 114 each from Tamil Nadu and Karnataka, 80 from Andhra Pradesh, 51 from Uttar Pradesh, 41 from West Bengal, 20 each from Delhi and Gujarat, 19 from Madhya Pradesh, 18 from Punjab, 14 from Odisha, 11 each from Jharkhand and Rajasthan.

Ten fatalities have been reported from Bihar, nine from Uttarakhand, eight from Telangana, seven from Kerala, six each from Assam, Haryana and Jammu and Kashmir, five from Goa, three from Chhattisgarh, two each from Himachal Pradesh and Puducherry while Tripura has registered one fatality.

Physiotherapy for children, how it’s different from adult, what you can do