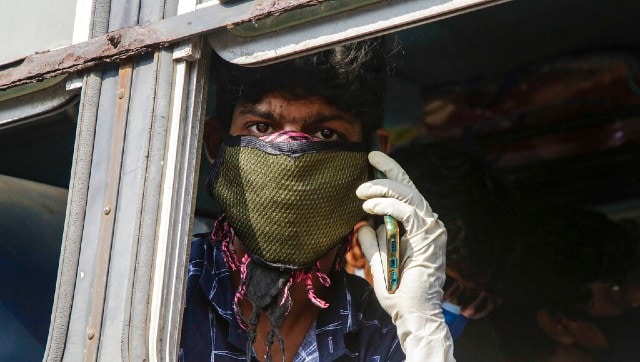 This was achieved and maintained despite high population density, low fractional GDP spending and per capita doctor and hospital bed availability compared to developed nations, he added.

Senior CPM trade union leader and former West Bengal transport minister Shyamal Chakraborty passed away at a hospital in Kolkata on Thursday at the age of 76. He had tested COVID-19 positive.

Economic activity had started to recover, but a surge in coronavirus infections has forced imposition of lockdowns, said RBI Governor Shaktikanta Das

The surge in COVID-19 cases continued in Telangana, with 2,092 new cases being reported, the highest single-day spike so far, while the toll mounted to 589.

The repo rate stands at 4 percent, and the reverse repo rate at 3.35 percent, said RBI governor Shaktikanta Das on Thursday.

As many as 13,28,336 COVID-19 patients have been cured and discharged so far, the Union Health Ministry has said in its latest update. India’s COVID-19 recovery rate now stands at 67.6 percent.

The reported active COVID-19 cases in India now stands at 5,95,501, according to the Union Health Ministry.

Fire broke out at the Shrey Hospital in Navrangpura area of Ahmedabad during the early hours of Thursday. Around 40 other COVID-19 patients at the facility were rescued and shifted to a civic hospital in the city.

India’s COVID-19 infection tally raced past 19 lakh on Wednesday, two days after it crossed the 18 lakh, with 52,509 people testing positive for the novel coronavirus in a day. However, the recoveries have also increased to 12,82,215, according to the Union Health Ministry data.

The recovery rate among COVID-19 patients has risen to 67.19 percent while the fatality rate has further dropped to 2.09 percent, the data stated.

The total coronavirus cases in the country surged to 19,08,254 while the death toll climbed to 39,795 with 857 people succumbing to the disease in a span of 24 hours, the data updated at 8 am showed.

There are 5,86,244 active cases of coronavirus infection in the country presently which contribute 30.72 percent of the total caseload.

This is the seventh consecutive day that COVID-19 cases have increased by more than 50,000.

According to the Indian Council of Medical Research (ICMR), a cumulative total of 2,14,84,402 samples have been tested up to 4 August with 6,19,652 samples being tested on Tuesday.

Meanwhile, three Indian drug manufacturers on Wedensday launched Favipiravir, an antivral which has been approved by the Drug Controller General of India (DCGI) for restricted emergency use in COVID-19 patients.

While Lupin’s Covihalt costs Rs 49 per tablet in India, BDR Pharmaceuticals’s BDFAVI will be available at a price of Rs 63 per tablet. Alkem Laboratories too launched ”Alfluenza”, but the cost per tablet is not available.

A total of 51,706 patients have recuperated from COVID-19 in India in a span of 24 hours, the highest in a day, while the case fatality rate has dropped to 2.09 percent, according to the health ministry.

“With an increasing number of COVID-19 patients recovering, there has been a 63.8 per cent increase in the recovered cases in the last 14 days,” the ministry said in the statement.

The tests per million have seen a sharp increase to 15,568.

The Supreme Court has suggested that there should be cheaper treatment for COVID-19 infected patients in smaller towns and asked the Centre to consider the aspect of prompt release of claims by insurance companies which cannot keep their hands off at the time of pandemic.

The apex court was told by the Centre that health is a state subject and primary responsibility in terms of management of COVID-19 rests with the states.

In a report filed in the top court, the Centre proposed that states “may on a priority basis arrive at fair rates for private hospitals to ensure that there is no over-charging from COVID-19 patients or indiscriminate hikes for patients”.

A bench headed by Chief Justice SA Bobde, which was hearing the pleas including the one filed by advocate Sachin Jain who has sought direction for regulating the cost of treatment of COVID-19 at private hospitals across the country, suggested that there should be cheaper treatment for coronavirus infected patients in smaller towns.

The top court made the suggestion after counsel appearing for private hospitals said that uniform price capping may not be feasible as it may vary in big and smaller cities.

Of the 857 fresh deaths reported by the central health ministry on Wednesday, 300 are from Maharashtra, 110 from Karnataka, 108 from Tamil Nadu, 67 from Andhra Pradesh, 54 from West Bengal, 39 from Uttar Pradesh, 25 from Gujarat, 20 from Punjab, 17 each from Rajasthan and Bihar, 13 from Telangana, 12 each from Madhya Pradesh and Delhi and 10 from Jammu and Kashmir.

Nine fatalities have been reported from Odisha, eight each from Chhattisgarh and Haryana, six from Assam, five from Uttarakhand, four from Goa, three from Kerala and Jharkhand, two each from Andaman and Nicobar Islands, Puducherry and Tripura, while Chandigarh has recorded one fatality each.

90% of recovered patients in Wuhan suffering from lung damage: Report

Ninety percent of a sample group of coronavirus-recovered patients from a prominent hospital in China’s Wuhan city where the pandemic broke out have reported lung damage and five percent of them are again in quarantine after testing positive for the virus, according to a media report on Wednesday.

A team at the Zhongnan Hospital of Wuhan University led by Peng Zhiyong, director of the hospital’s Intensive Care Unit, has been conducting follow-up visits with ”100 recovered patients” since April.

The first phase of this one-year programme finished in July. The average age of the patients in the study is 59.

According to the first phase results, 90 percent of the patients” lungs are still in a damaged state, which means their lungs ventilation and gas exchange functions have not recovered to the level of healthy people, state-run Global Times reported.

Peng’s team conducted a six-minute walking test with the patients. They found that the recovered patients could only walk 400 metres in six minutes while their healthy peers could walk 500 metres in the same period.

Some recovered patients have to rely on oxygen machines even three months after being discharged from the hospital, Liang Tengxiao, a doctor from the Dongzhimen Hospital, Beijing University of Chinese Medicine, was quoted as saying by the report.