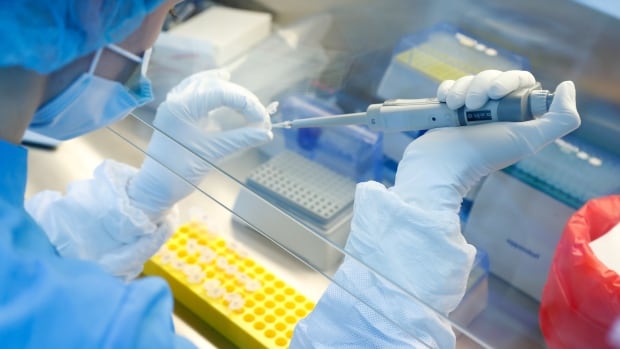 Russia on Tuesday became the first country to officially register a coronavirus vaccine and declare it ready for use, despite skepticism from the international scientific community. President Vladimir Putin said one of his daughters has already been inoculated.

Putin emphasized that the vaccine underwent the necessary tests and has proven efficient, offering a lasting immunity from the coronavirus. However, scientists at home and abroad have been sounding the alarm that the rush to start using the vaccine before Phase 3 trials — which normally last for months and involve thousands of people — could backfire.

Speaking at a government meeting Tuesday, Putin said the vaccine has undergone proper testing and is safe.

“I would like to repeat that it has passed all the necessary tests,” he said. “The most important thing is to ensure full safety of using the vaccine and its efficiency.”

The Russian leader said one of his two adult daughters has received two shots of the vaccine.

“She has taken part in the experiment,” he said.

Putin said his daughter had a temperature of 38 C on the day of the first vaccine injection, and then it dropped to just over 37 C the following day. After the second shot, she again had a slight increase in temperature, but then it was all over, he said.

“She’s feeling well and has high number of antibodies,” Putin said. He didn’t specify which of his two daughters — Maria or Katerina — received the vaccine.

Russian authorities have said that medical workers, teachers and other risk groups will be the first to be inoculated. Deputy Prime Minister Tatyana Golikova said the vaccination of doctors could start as early as this month.

Dr. Isaac Bogoch says there is too little information to decide if Russia’s coronavirus vaccine is safe and effective. NaN:NaN

Russia’s Health Ministry said the vaccine is expected to provide immunity from the coronavirus that causes COVID-19 for up to two years.

Russian officials have said that large-scale production of the vaccine will start in September, and mass vaccination may begin as early as October.

When the pandemic struck Russia, Putin ordered state officials to shorten the time of clinical trials for potential coronavirus vaccines.

Becoming the first country in the world to develop a vaccine was a matter of national prestige for the Kremlin as it tries to assert the image of Russia as a global power. State television stations and other media have praised scientists working on it and presented the work as the envy of other nations.

As the trials were declared completed, questions arose about the vaccine’s safety and effectiveness. Some experts scoffed at Russian authorities’ assurances that the vaccine produced the desired immune response and caused no significant side-effects, pointing out that such claims need to be backed by published scientific data.

The World Health Organization said all vaccine candidates should go through full stages of testing before being rolled out. Experts have warned that vaccines that are not properly tested can cause harm in many ways — from a negative impact on health to creating a false sense of security or undermining trust in vaccinations.

WHO has not received enough information on the Russian COVID-19 vaccine to evaluate it, the assistant director of its regional branch, the Pan American Health Organization, Jarbas Barbosa, said on Tuesday.

Asked about plans to produce the potential vaccine in Brazil, Barbosa said that should not be done until Phase 2 and 3 trials are completed to guarantee its safety and effectiveness.

“Any vaccine producer has to follow this procedure that guarantees it is safe and has the WHO’s recommendation,” he said in a virtual briefing from Washington.

As of 10:30 a.m. ET on Tuesday, Canada had 120,165 confirmed and presumptive coronavirus cases. Provinces and territories listed 106,430 of those as recovered or resolved. A CBC News tally of deaths based on provincial reports, regional health information and CBC’s reporting stood at 9,025.

Non-medical masks have been required for air travellers in Canada since mid-April to prevent the spread of COVID-19.

But a ministerial order issued Friday closes a loophole that may have made it easier for some flyers to avoid wearing face coverings.

Passengers who are unable to wear a face mask due to a medical condition must now present an official doctor’s note stating that they are exempt from the rule or they will be denied boarding.

Since April 20, it’s been mandatory for air travellers to cover their mouth and nose during airport screenings while boarding and at all times during a flight, except while eating, drinking or taking oral medication. Infants are not required to wear masks.

WestJet, one of Canada’s two largest airlines, said in a statement on Twitter that its passengers have done an excellent job adhering to the rule so far.

“Travellers are required to show that they have a suitable face covering prior to boarding a WestJet flight and will be asked to temporarily remove the mask while their identification is verified,” the company said. “Should a guest be unable to provide a physician’s exemption, they will be denied travel until clearance is produced.”

According to Johns Hopkins University, the global total of confirmed coronavirus cases is now more than 20 million. More than 736,254 people have died, while 12.3 million have recovered. The U.S. and Brazil have the most cases, with a combined total of more than 8.1 million.

New Zealand Prime Minister Jacinda Ardern said Tuesday that authorities have found four cases of the coronavirus in one Auckland household from an unknown source, the first cases of local transmission in the country in 102 days.

Ardern said Auckland, the nation’s largest city, will be moved to Level 3 from midday Wednesday, meaning that people will be asked to stay at home and bars and many other businesses will be closed.

She said the rest of the country will be raised to Level 2.

New Zealand’s prime minister announces new restrictions for Auckland after members of one household in the city test positive for the coronavirus. 1:00

The city-state went into a lockdown in mid-April after mass outbreaks in cramped migrant worker dormitories pushed its caseload to one of the highest in Asia.

Last week, it said it had cleared infections from all of the dormitories, which house around 300,000 workers, barring some blocks that continue to serve as isolation zones.

Papua New Guinea Prime Minister James Marape is pressing ahead with plans to lift lockdown measures in the Pacific nation this week, even as a recent sharp spike in coronavirus infections worries health officials.

Marape said a two-week lockdown in the capital of Port Moresby would be lifted Wednesday, despite the country’s reported cases of COVID-19 doubling over the past week.

“Whilst the spread is there, we have to adapt to living with COVID-19 this year, instead of taking on drastic measures,” Marape told a news conference on Monday.

WATCH | U.S. surgeon general pleads for mask use amid rising concerns about COVID-19 and schools:

As reports that nearly 100,000 children have tested positive for COVID-19 and concerns rise about sending them back to school, the U.S. surgeon general pleads with the public to wear masks. 2:03

The number of new community infections reported in China fell to just 13 on Tuesday, while the semi-autonomous region of Hong Kong saw a further decline to 69 new cases.

The mainland also saw 31 new cases brought by Chinese travellers from abroad arriving in eight different provinces and cities. China requires testing and a two-week quarantine for all new arrivals and has barred most foreigners from entering the country.

All new locally transmitted cases were in the northwestern region of Xinjiang, whose main city, Urumqi, has been at the centre of the country’s latest outbreak.

Hong Kong has seen its daily number of new cases decrease since its latest outbreak last month, partly by mandating mask wearing in public settings and stepping up physical distancing requirements. The region has reported 4,148 total cases and 55 deaths.

India’s ability to rein in a surging coronavirus outbreak hinges on its 10 most populous states, Prime Minister Narendra Modi said on Tuesday, urging regional leaders to ramp up testing and contact tracing.

India has more than 2.2 million confirmed coronavirus infections, the third-highest tally after the U.S. and Brazil.

“If we can defeat corona in these 10 states, the country will win,” Modi said in a video conference with state chief ministers.