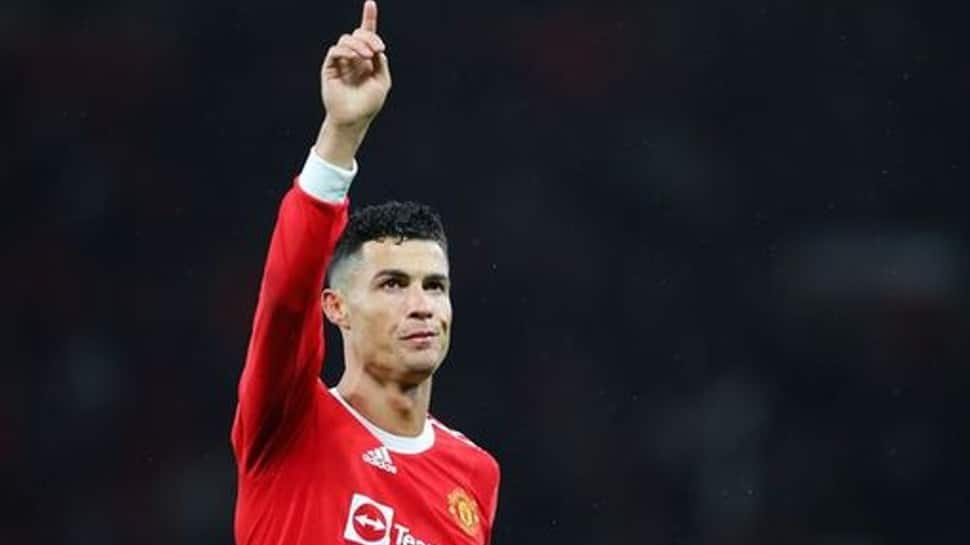 Cristiano Ronaldo has asked Premier League club Manchester United to release him from his contract, after weeks of waiting for a suitable offer from the other clubs. The Man United top-scorer last season asked the club to free him from his 360,000 euros salary per week on Thursday (July 28), as per Daily mail. Ronaldo’s agent Jorge Mendes has informed the club to free him as the profilic goal-scorer wants to play the Champions League in the upcoming season. (Georgina wants Ronaldo to move to THIS city from Manchester)

The Red Devils have always stood their ground of expressing that they have no desire to sell the Portuguese international. Players along with the new coach Erik ten Hag have tried to change the 37-year-old’s mindset of leaving the club, but he is still keen on leaving but in a professional manner. (Cristiano Ronaldo TROLLED by Russian club amid Manchester United transfer saga)

However, in between the transfer saga of Cristiano Ronaldo, the forward returned to training after missing out on the club’s pre-season tour to Thailand and Australia due to ‘family issues’.

There are many reasons reported to the five-time Ballon d’Or holder’s request of leaving the club. First, he was not satisfied with the club’s signing for the upcoming season in comparison to what Liverpool and Manchester City have signed. Second, he thinks the club doesn’t share the same ambition as he does of winning ‘trophies’.

Cristiano Ronaldo finally back in Manchester today as reported by @David_Ornstein – he will discuss with Man United. Erik ten Hag, waiting to meet with Cristiano as he wants to change his mind. #MUFC

However, United did sign two major players – Lisandro Martinez who plays in the defence and Christian Eriksen, a fielder who is experienced of the Premier League during his time at Tottenham Hotspurs. Man United played a friendly against National League side Wrexham and won the game 4-1.

Cristiano Ronaldo probably went into this transfer window thinking he’d have his pick of Champions League clubs, but instead what he got was a complete dismantling of his status in world football in the space of two months pic.twitter.com/a0Ai0GcMG6

What next for Ronaldo if he leaves Manchester United?

With Bayern Munich, Chelsea and Atletico Madrid, publically coming out and denying all the rumours related to Cristiano Ronaldo with respect. Skysports say that as per a source, a move to Atletico Madrid should not be ruled out. The rumours were that the club are preparing to offload some of their players to afford Ronaldo’s wages.