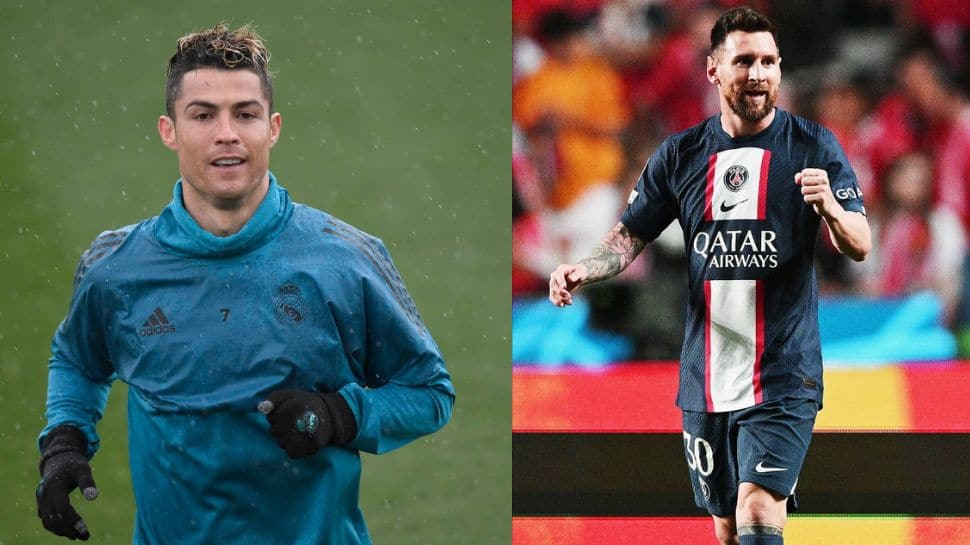 Cristiano Ronaldo’s first game in Saudi Arabia is set to be against Paris Saint-Germain and a possible reunion with his career-long rival Lionel Messi. PSG said Monday (January 9) it will play a January 19 friendly in Riyadh against a composite team of players from Ronaldo’s new club Al Nassr and Al Hilal, the current Asian Champions League title holder.

Ronaldo should have to wait until January 22 to make his formal debut for Al-Nassr in a league game against Al Ettifaq. World football rules require the 37-year-old star to finish serving a two-match suspension imposed by the English Football Association in November ahead of the World Cup. Ronaldo slapped a mobile phone out of a fan’s hand following a game against Everton last April.

Qatar-owned PSG is visiting Saudi Arabia during a two-day break in the region, including a visit to Doha for promotional work with the club’s portfolio of Qatari sponsors.

Cristiano Ronaldo could make his first appearance for Al Nassr in a friendly against PSG _ pic.twitter.com/FlZpGbYTcu
— ESPN FC (@ESPNFC) January 9, 2023

Former Belgium coach Roberto Martínez was hired to lead Portugal’s national team on Monday and pledged to respect Cristiano Ronaldo’s history with the squad. The Spaniard replaces Fernando Santos, who quit in December after Portugal’s elimination against Morocco in the quarterfinals of the World Cup. Santos left amid the controversy of benching Ronaldo in the knockout stage of the tournament in Qatar.

“I want to talk to everyone. The list of 26 players from the last World Cup will be my starting point, and Cristiano was part of that list,” Martínez said. “He has been with the national team for 19 years and deserves the respect of us sitting down and talking. We want to get to know all players, and Cristiano is one of them.”

Martínez ended his six-year stint with Belgium after the team’s disappointing group-stage elimination at the World Cup, when he again failed to lead the nation’s golden generation to a triumph. He arrives to a Portugal team filled with talented players like Bernardo Silva, Bruno Fernandes and João Félix, but also amid doubts over the future of the 37-year-old Ronaldo, who is now playing in Saudi Arabia.

“It’s my job to try to give all players an opportunity, and to respect the ones who are already with the national team, including Cristiano Ronaldo,” Martínez said. “It’s a process that will have to occur naturally. We have a lot of work and a lot of responsibility, and we will have to make some important decisions for the national team.”