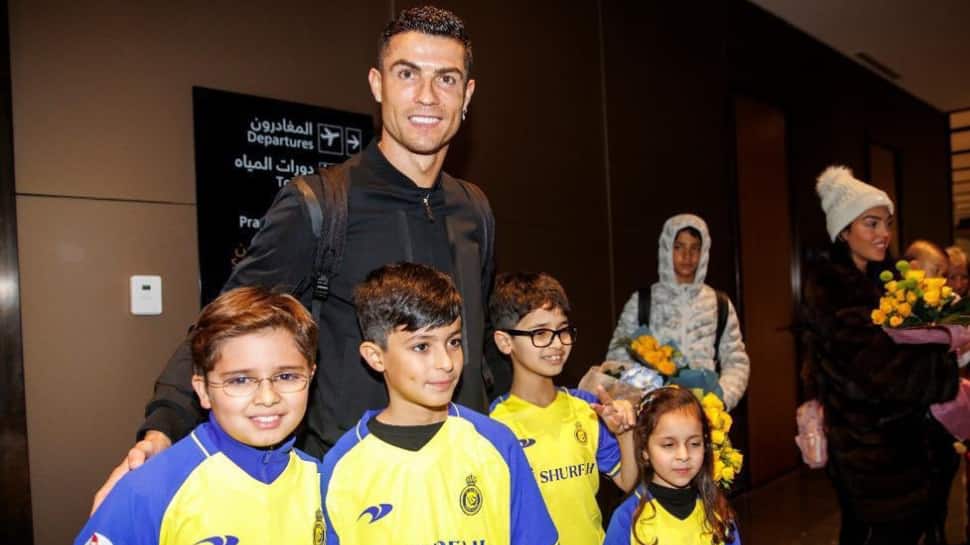 A lot of going on between Cristiano Ronaldo and Saudi Arabian football club Al-Nassr since the Porutga star signed up to play for them. In a statement released Tuesday night, Al-Nassr refuted claims that they forced Cristiano Ronaldo to sign a contract that included a commitment to support the 2030 World Cup bid.Al-Nassr denied rumours that Ronaldo received an additional EUR 200 million (USD 214 million/GBP 177 million) for acting as an ambassador for Saudi Arabia`s quest to host the 2030 World Cup. With his new Al-Nassr contract, which came about after he left Manchester United, Cristiano is reportedly the highest-paid athlete in history. He has not yet made his Saudi Arabian team debut, however, he recently witnessed them defeat Al-Tai while watching.

“Al-Nassr FC would like to clarify that contrary to news reports, Cristiano Ronaldo’s contract with Al-Nassr does not entail commitments to any World Cup bids. His main focus is on Al-Nassr and to work with his teammates to help the club achieve success,” stated the club as quoted by Goal.com.

The proven attacker might take the field for Al-Nassr in their upcoming friendly game on January 19 against Paris Saint-Germain where he could compete against Lionel Messi. Ronaldo is scheduled to make his Saudi Pro League debut after serving a two-match suspension imposed by the English Football Association in November for knocking a phone out of an Everton fan`s hand during a match against Manchester United at Goodison Park last season.

Ronaldo signed a 2.5-year contract worth USD 75 million a year with Al Nassr on December 30. According to FIFA regulations, in the case that a player is transferred to another nation before serving the entirety of a suspension, the suspension must still be served by the player. Following the termination of Ronaldo`s Manchester United contract during the World Cup, the suspension was made official.