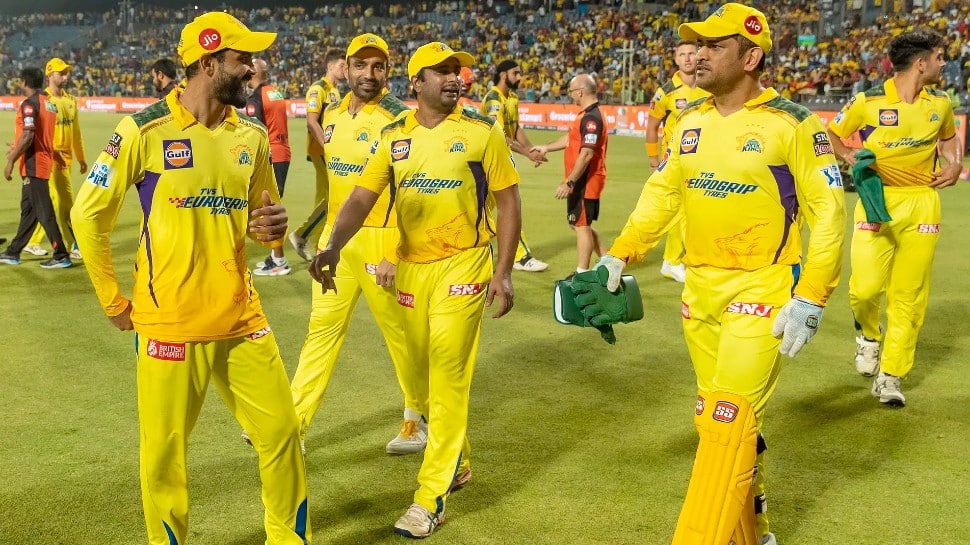 Chennai Super Kings (CSK) have not had the best of campaigns in the ongoing Indian Premier League (IPL) 2022 as they have managed only three wins in their first ten games so far this season. But it is not yet over for defending champions as they are mathematically still there in the tournament. However, their chances of making it to the playoffs are hanging by a thread.

Notably, the MS Dhoni-led side is currently placed in the penultimate position in the IPL 2022 points table with just six points from 10 games and needs to win all its remaining games and depend on the results of other matches to progress to the next stage.

Currently, Lucknow Super Giants and Gujarat Titans are comfortably placed in the race to playoffs with 16 points each, while Rajasthan Royals have boosted their chances of qualification with a win over Punjab Kings. RR have 14 points and they are third in the points table. Meanwhile, RCB are fourth in the tally with 12 points.

With only Mumbai Indians officially knocked out of the tournament, nine teams are still in the hunt for four playoff spots.

How can Chennai Super Kings qualify for IPL 2022 playoffs?

First of all, CSK need to win all of their remaining four league stage matches to get to the magical figure of 14 points. Moreover, the Dhoni-led side will also have to ensure they win these matches by big margins to improve their net run rate, which can prove crucial going forward.

However, that won’t be enough and CSK will also need the results of some others teams to go their way to stand a chance of finishing in the top four. The yellow brigade will especially want RCB to lose their remaining games as the Faf du Plessis-led side is close to getting 14 points. 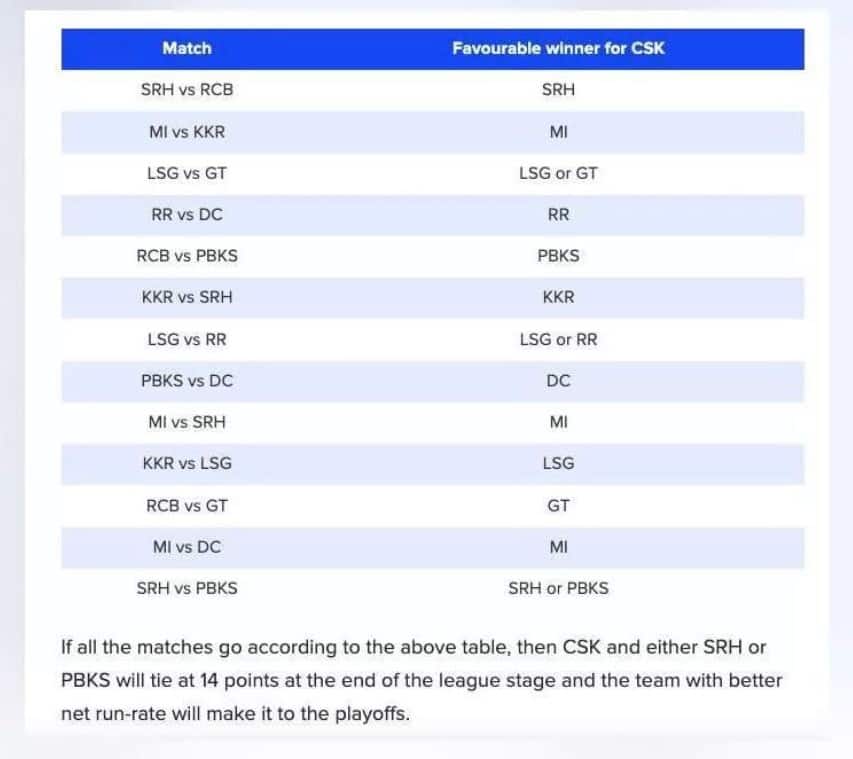 CSK will take on Delhi Capitals in their next game on Sunday (May 08) before locking horns with arch-rivals Mumbai Indians, Gujarat Titans and Rajasthan Royals in their final three games of the season. Every game will be a do-or-die contest for Dhoni’s team as a single defeat will confirm their elimination from the IPL 2022.