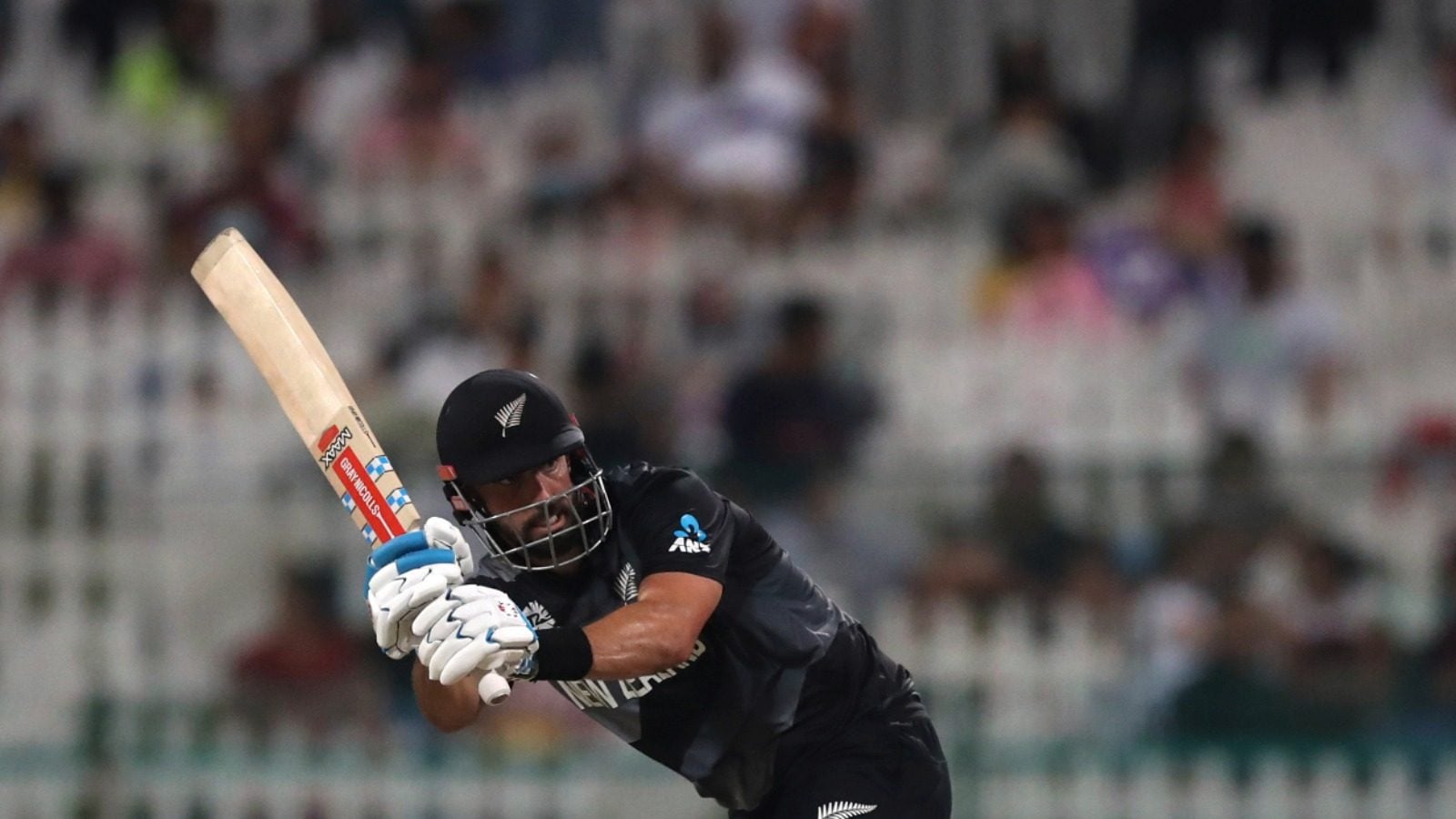 Opener Mitchell blazed his away to an unbeaten 47-ball 72, while Neesham smashed 27 in just 11 deliveries as New Zealand beat England with an over to spare.

After the match, Williamson said he knew it was going to be a great game of cricket as England gave them a very tough fight.

“Most players have played together in various tournaments. Knew it was going to be a great game of cricket. Thought they had a pretty competitive total. But just by staying in there, building the partnerships and cashing in on some moments, some matchups,” Williamson said in the post-match presentation.

Williamson hailed Mitchell for batting in a high-pressure situation and guide the team to the win despite losing a couple of early wickets at the top.

“Outstanding from Mitchell at the top, but cashing in on the match-ups [was crucial]. His character stood out today, an incredible knock, not done it a lot at the top of the order,” he added.

After 10 overs of the chase, New Zealand were far behind in the game with 58/2 on the scoreboard but New Zealand fought back in the second half to snatch the game away from England.

“T20 cricket is a game of small margins, depending on the surface, short side… can all be match-defining. We had wickets in hand which was really important,” Williamson said.

Also Read | It Was Bit of a Whirl At The End: Daryl Mitchell After Match-Winning Knock Against England

The New Zealand skipper admitted that Neesham’s knock was the deciding factor of the game.

“Neesham came out and hit the ball hard, and changed the momentum of the game. Ultimately the deciding factor,” he said.

New Zealand will now face the winner of Pakistan vs Australia in the final. Williamson said that the players know that another challenge is coming up for them and they shift focus to that.

“The guys have been watching most of the games. It’ll be a fantastic match, highly competitive. We know we have another challenge coming up and we’ll chance our focus after tonight,” he concluded.