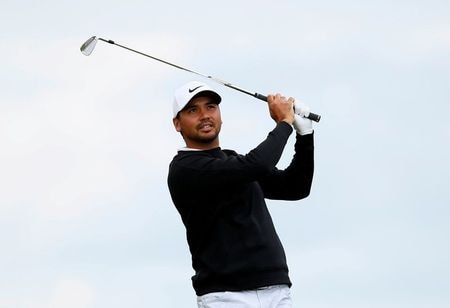 MELBOURNE A resurgent Jason Day is determined to reclaim the world number one ranking after contending at the PGA Championship, his former coach Colin Swatton said on Wednesday.

“He is super motivated to get back to world number one and it won’t surprise me if he gets there.

“Four top 10s and contending in the first major of this year, I think, is a sign of things to come.”

The 12-times Tour winner, who captured the world number one ranking in 2015 and held it on and off for 51 weeks, fell out of the top 50 earlier this year after struggling with back problems.

The 32-year-old has improved to 32nd in the rankings after the top-five at the PGA Championship.

Day was 14 when he began working with Swatton, with the coach carrying his bag until 2017.

Swatton, who has increased his media commitments over the past year, said he was not downhearted by the end of their partnership.

“There’s no disappointment at all,” Swatton said.

“The biggest compliment you can get as a coach from a player is for them to feel they’ve been given the knowledge and skills to perform.”