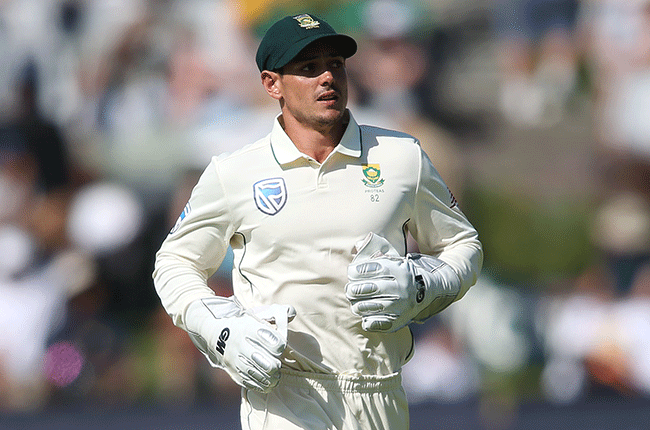 Proteas star Quinton de Kock says “a lot of contributing factors” played a role in his decision to retire from Test cricket.

The 29-year-old broke the news after the completion of the first Test against India at Centurion on Friday, stunning the South Africa cricket community.

One of his country’s best players in all formats, De Kock was always due to miss the last two Tests of the India series to be present for the both of his first child, but nobody saw this announcement coming.

De Kock explained the importance of family in his decision, saying he always wants to be there for his children, but in a video interview released by Cricket South Africa, he expanded.

Capped 54 times at Test level, De Kock has in the past spoken openly about the mental and emotional challenges that come with “bubble life” during these Covid-19 times.

Throughout the pandemic, players have been made to isolate in hotel rooms all around the world before taking part in matches, series or tournaments.

In 2022, the Proteas are set to tour New Zealand, England and Australia to play Test cricket.

“There are a lot of contributing factors,” De Kock said when asked about the role the current bubble climates had played in his decision.

“A lot of those things, I did think about. It’s also just time away.

“At this point in the year, I would say that I’ve spent a good six and a half months outside of the country, let alone the tours that we’ve had at home.

“It’s one of the things, but I’ve got a lot of reasons.

“It’s not something I just woke up and made a decision over. I really gave thought about it … I didn’t take it lightly.

“I’m doing what my heart is telling me is best.”

De Kock, who will still be available for the Proteas in both white ball formats, stressed that he had taken his time with his decision.

“I’ve spoken to a lot of people who are close to me and a lot of good heads who keep me humble at the bets of times and level-headed when it comes to important decisions,” said De Kock.

“We spoke for quite a while, and we’ve come up with this final decision.”

Kyle Verreynne or Ryan Rickelton will now take over the wicketkeeping duties for the second Test against India in Johannesburg next week.