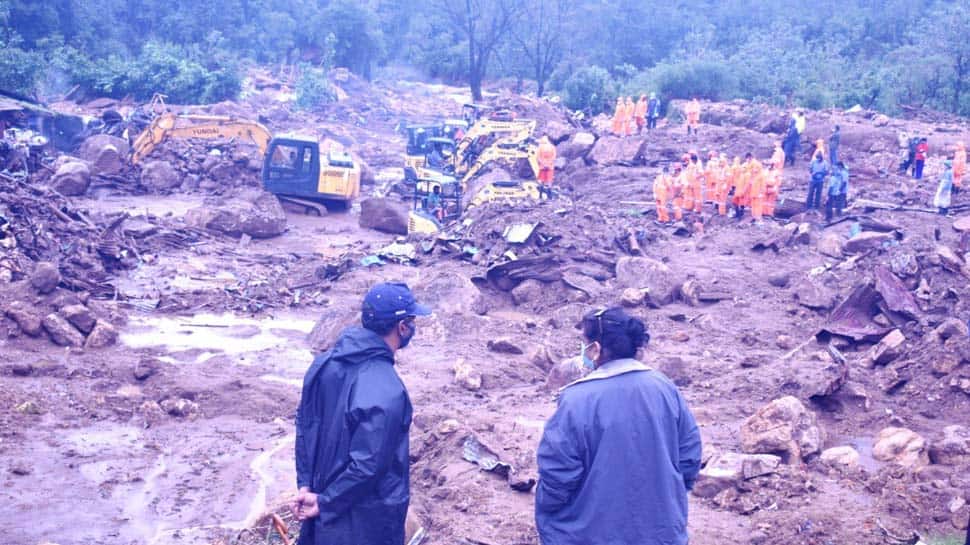 The death toll in the landslide, that destroyed a row of 20 houses of tea estate workers, in Idukki district of Kerala rose to 49 on Monday evening. The special task force team found six more bodies till 2 pm in the Rajamala Pettimudi tragedy.

A total of 12 people who were rescued from the landslide site are currently undergoing treatment in the hospital, said the National Disaster Response Force (NDRF). The hilly terrain is making the rescue extremely challenging at Rajamala, said officials.

The NDRF resumed rescue operations in Idukki`s Rajamala on Monday. In a tweet, SN Pradhan, the Director-General of NDRF said that teams are battling odds of rain, slush and terrain. At least 16-17 people are still missing, tweeted the NDRF.

The rescue personnel are split into teams so as to widen the search. NDRF chief in charge of the south Indian state, Rekha Nambiar is leading the 55-member team which is entrusted with the search and rescue mission.

On August 7, Kerala Chief Minister Pinarayi Vijayan had announced an ex-gratia of Rs 5 lakhs to kin of the deceased.

Following heavy rain, a hillock on the tea plantation at Rajamala, a remote village near Munnar, had come down, burying the estate quarters in the early hours of August 7. According to the government, 78 people were staying at the spot where the tragedy occurred. Officials said efforts were on to find the rest.