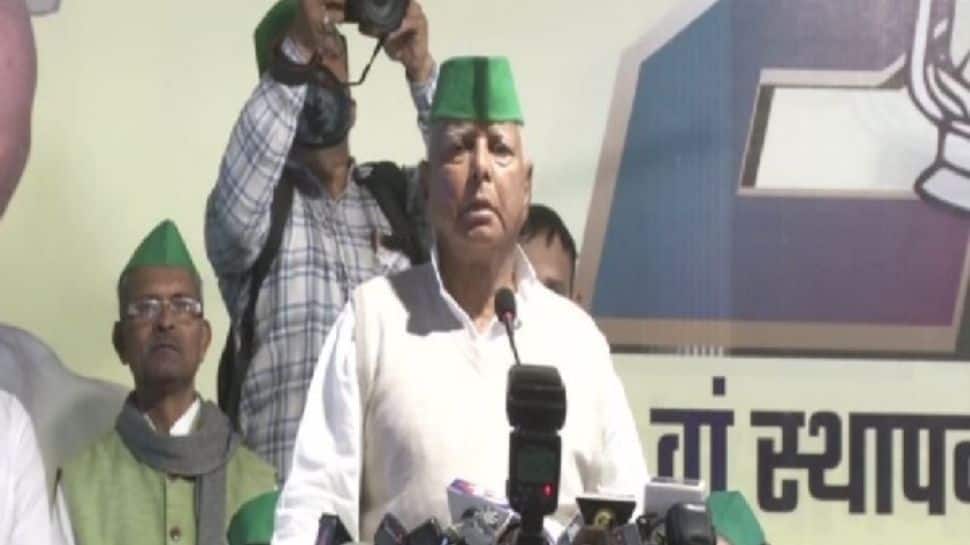 Patna: Rashtriya Janata Dal national president Lalu Prasad Yadav on Wednesday said the decision to repeal the three farm laws was the Centre`s defeat and the crushing of its arrogance.

Addressing an event organised by the party “6 Tone Lalten,” Yadav said, “I congratulate the farmers of the country who struggled for so long and died for the cause. Today they have won and the Central government has lost. Arrogance has been crushed. Until the government declares a guarantee on MSP, the protest will not stop. The labourers will also benefit from this.”

The RJD chief accused Nitish Kumar government of “robbery” after the assembly elections in Bihar and asserted that his party will return to power in the upcoming election in the state.

The RJD chief also warned the central government of protests if the law on the Minimum Support Price is not enacted.

“If they do not make a law on MSP, then the RJD will protest,” he said.

Regarding the reduction in petrol prices, he alleged that the Centre is doing this keeping the elections in Uttar Pradesh and Punjab in mind.

“The price of petrol and diesel went past Rs 100. There are elections in UP and Punjab, so they have reduced them by Rs 5. What will happen with a reduction of Rs 5?” he said.

Yadav expressed confidence that his party will return to power in Bihar in the upcoming assembly elections.

“Tejashwi Yadav worked hard, all of you worked hard. The result was declared. We won 75 seats, rest were lost. But we will register win on all the seats in the coming days. Our government will be formed here,” he said.