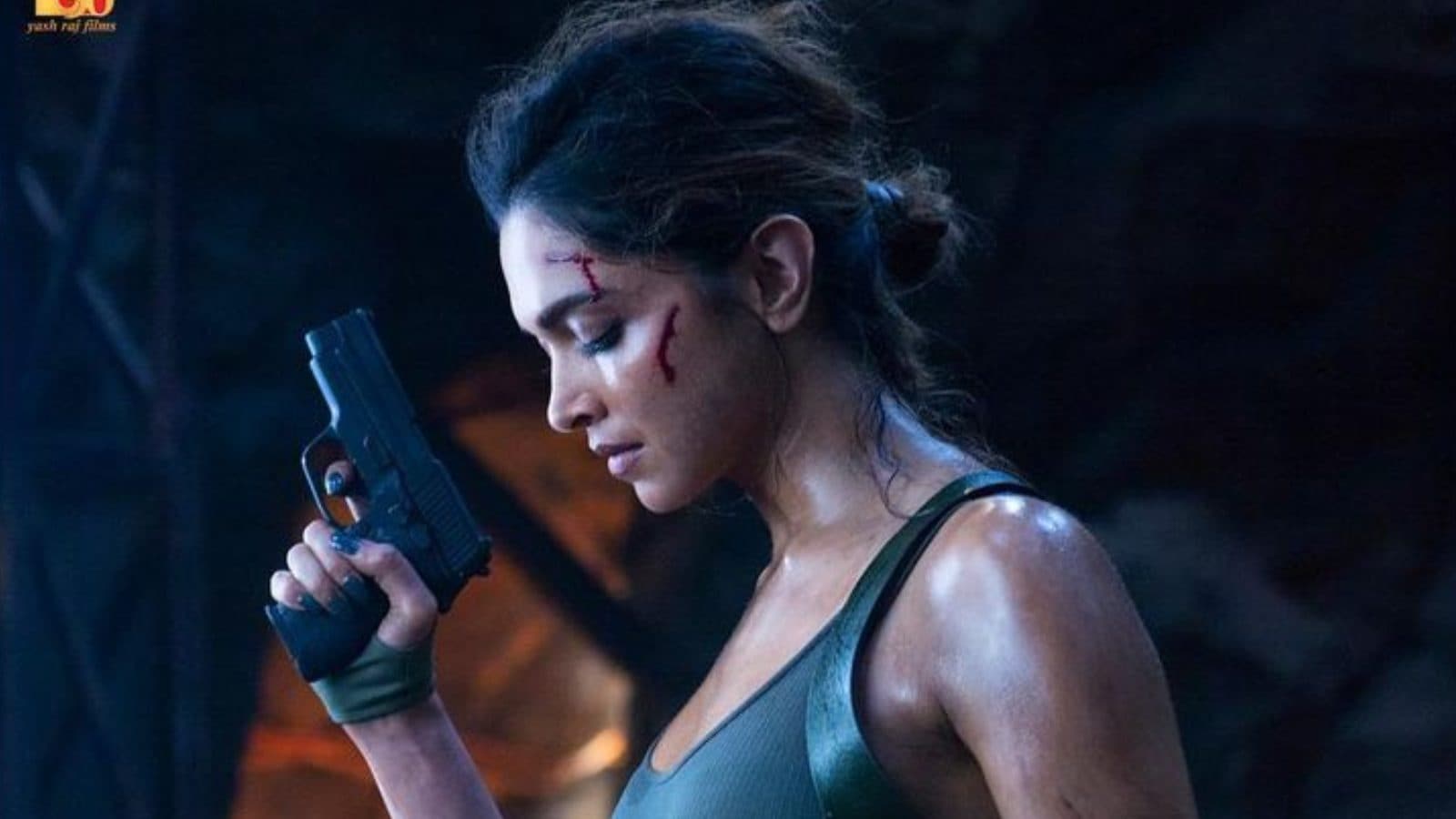 Deepika Padukone in the poster of Pathaan.

Deepika Padukone will be seen in an action-packed avatar in Pathaan. The actress also plays a spy in the Shah Rukh Khan headlined film.

In Pathaan, actor Deepika Padukone plays a spy and has been paired opposite superstar Shah Rukh Khan, who also plays a spy with a license to kill. While she has set the temperatures soaring with her drop-dead gorgeous avatar in Besharam Rang, it is also evident from the trailer that she will be seen performing some high-octane action sequences in the actioner. Earlier, director Siddharth Anand had revealed that she along with Shah Rukh learned jujutsu, a deadly Japanese martial arts form. And now, he says that Deepika has pulled off a jaw-dropping solo action sequence in the film where she has maneuvered the notorious Gatling gun.

Talking about it, Siddharth says, “In one of the action sequences of Pathaan, Deepika wields the Gattling gun and you have to see the sequence to believe how legit she is as a bonafide action superstar! She steals the show in this scene and I’m sure people will cheer the loudest for her every time she does action in Pathaan.”

The director, who is known for helming slick and stylish action films like Bang Bang (2014) and War (2019) shares that he has always loved watching women performing stunts in films and he wanted to make sure that Deepika emerges as a leading action star with Pathaan. “There is nothing more cool or sexy than a woman wielding a powerful weapon on-screen. As a film buff, I have always loved women doing sick action sequences and so, when we got Deepika Padukone in Pathaan, we wanted to present her in her most badass self – a gorgeous, gun-toting, femme fatale spy that people have never seen before!” he remarks.

Pathaan is a part of producer Aditya Chopra’s ambitious spy universe and it also stars John Abraham, who plays Shah Rukh’s arch-nemesis in it. The film marks the superstar’s return to the big screen after more than four years and it is set to release on January 25, 2023, in Hindi, Tamil, and Telugu. On a related note, the hype around Pathaan is unprecedented. Both of its songs Besharam Rang and Jhoome Jo Pathaan have taken the internet by storm. It is being touted to be one of the biggest grosser of the year.