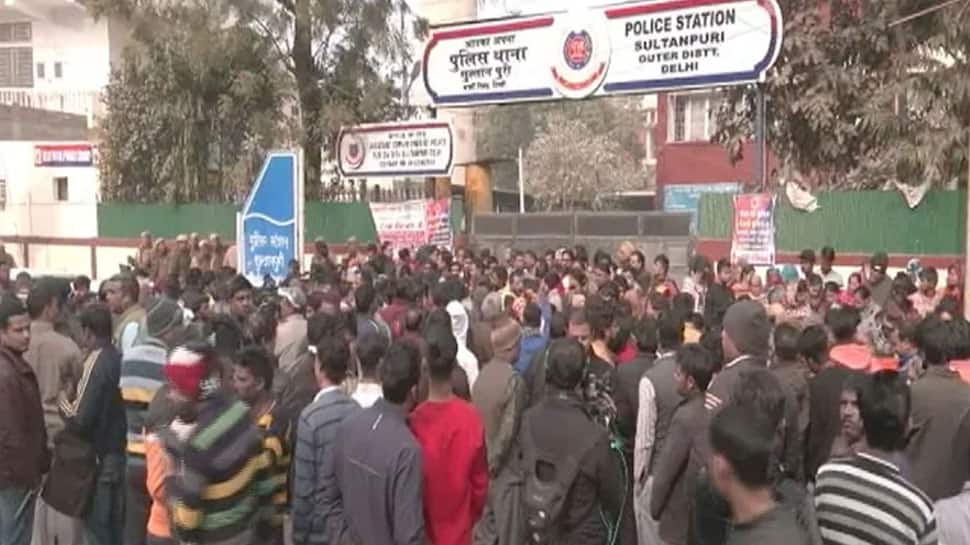 New Delhi: In yet another twist to Delhi’s shocking Kanjhawala incident, a theft was reported from the house of deceased Anjali Singh, the 20-year-old woman who died a horrific death on New Year`s night after being hit and dragged for several kilometres under a car while returning home on her scooty. Victim’s family members claimed that thieves broke open the lock of their house at Karan Vihar and an LCD TV and several other items were stolen. They also alleged that Anjali’s friend Nidhi is behind this theft.

Speaking to the news agency ANI, Anjali`s sister said, “Our neighbours first informed us about the theft around 7.30 am in morning. When we came here, we found the lock to be broken. The LCD TV and other household items, stacked under the bed were missing. The television is new. It has been two months since we purchased it.”

Another family member also questioned the role of the Delhi Police. “Why there was no police yesterday in front of the house? Police had been there for the last 8 days but no one was there yesterday no one was there. We feel Nidhi is behind the theft.” The police, however, said that an investigation is underway. Previously Anjali`s maternal uncle had claimed that her friend Nidhi, the eyewitness in the case, had, hatched a conspiracy by claiming Ajali had been drunk on the day of the accident.

His response came against the backdrop of claims by Nidhi to the media that Anjali was drunk on the day of the incident. “Nidhi was hidden previously. Now she has surfaced after Anjali`s last rites. When the incident happened, did not she have the humanity to report it to the police or family? She was scared then. Is not she scared now? This is Nidhi`s conspiracy,” Anjali`s maternal uncle told ANI.

20-year-old Anjali was killed in the early hours of January 1 after her scooty was hit by a car that dragged her for over 12 kilometres from Sultanpuri to Kanjhawala in Delhi. An examination of the CCTV footage has helped the Delhi Police in tracing and recording the statement of Nidhi who was riding a pillion with the deceased at the time of the accident. Seven persons accused in the case are now in the custody of Delhi Police. A total of 18 teams of Delhi Police are investigating the case.

Amid all this, the accused in the case have reportedly confessed during police interrogation that they knew the victim –  Anjali – was trapped under their car. Due to fear, they kept driving the car on the road. During this time, on the route to Kanjhawala, they took several U-turns. The accused confessed during the police interrogation that they were afraid that if the girl was taken out of the car, a case of murder would be filed against them.