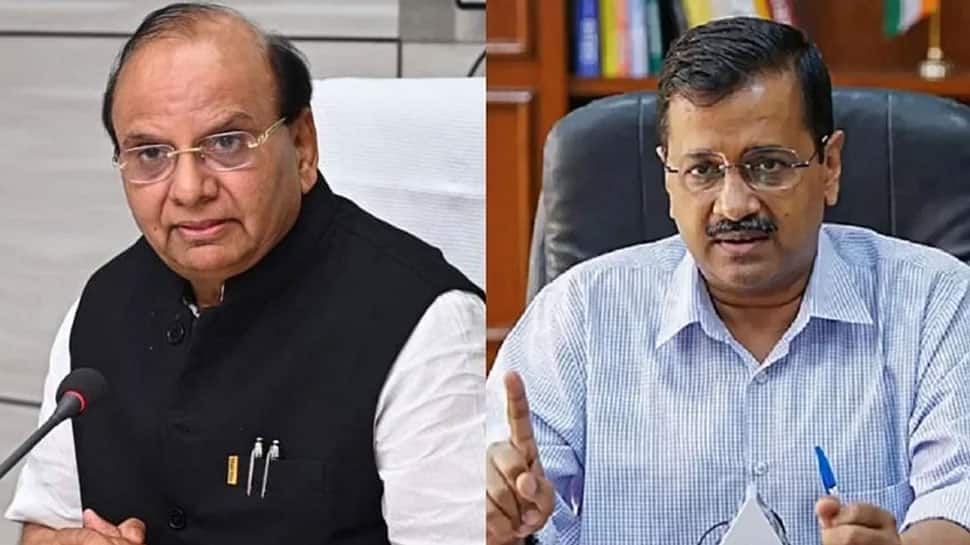 New Delhi: In the ongoing power tussle involving two constitutional functionaries of Delhi, L-G V K Saxena on Friday wrote to Chief Minister Arvind Kejriwal accusing him of making “misleading and derogatory remarks” and resorting to a “low level of discourse”. The Delhi L-G  also accused Kejriwal of adopting “political posturing” during his march to Raj Niwas on January 16 along with his deputy Manish Sisodia and AAP MLAs.

Saxena said he invited Kejriwal for a meeting. But the Chief Minister chose not to come on the pretext of wanting to meet him with all his MLAs.

Given the short notice and sudden demand on Kejriwal’s part, it would not have been possible to have a meeting with 70 to 80 people at once, nor would have it served any concrete purpose, he said. “Unfortunately, you went ahead to make a convenient political posture that ‘the LG refused to meet me’,” Saxena said.

Delhi LG VK Saxena writes to CM Arvind Kejriwal over his recent comments ‘Who is LG?’ in the Assembly over teachers’ training in Finland pic.twitter.com/KnfBFL9rcN
— ANI (@ANI) January 20, 2023

“I must mention here that I was rather astounded at the fact that even as the city is grappling with several serious developmental issues, you found time to walk for long and stage a protest meant solely for posturing, rather than taking the issue to a logical conclusion by meeting me,” the L-G wrote to Kejriwal.

Referring to Kejriwal’s attack on him in the Assembly two days ago, Saxena said, “As to ‘who is LG’ and ‘where did he come from’, can be answered, if you were to even cursorily refer to the Constitution of India, others do not deserve a reply, since they obviously cater to a very low level of discourse.”

Delhi Chief Minister Arvind Kejriwal, however, hit back alleging that LG V K Saxena was playing dirty politics rather than taking steps to improve the law-and-order situation of the city.

Amid a growing tussle between the two sides, Kejriwal claimed the L-G had called a series of meetings with government officials despite having no powers to do so.

“Law and order situation fast deteriorating in Delhi. The L-G, rather than taking steps to improve it, is busy playing dirty politics. He has called a series of meetings of Delhi government officers today, which he has no powers to do, to further meddle and interfere in an elected government’s functioning,” Kejriwal said in a tweet.