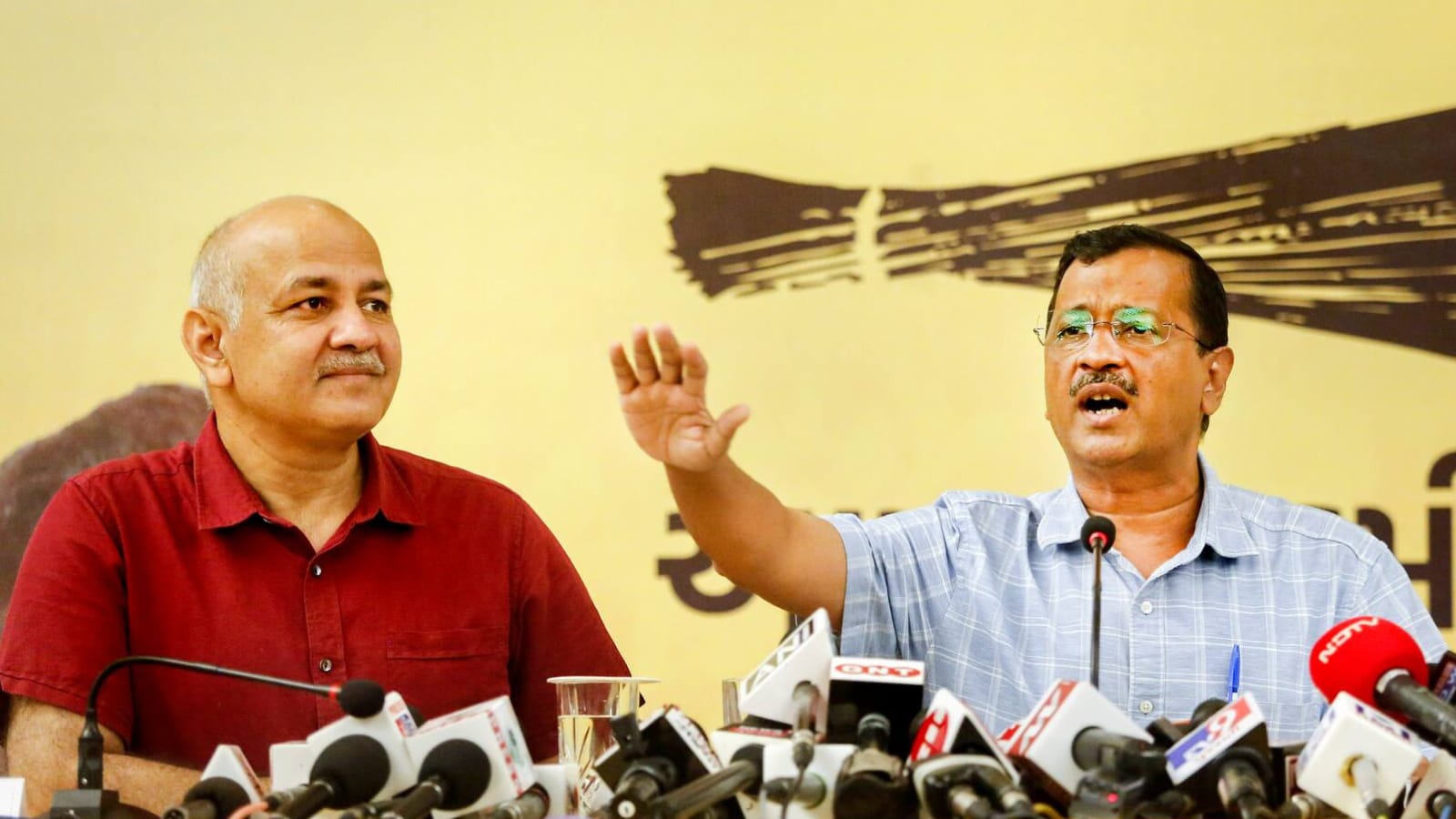 Manish Sisodia CBI Raids Updates: Delhi Deputy Chief Minister Manish Sisodia, under the CBI lens over alleged irregularities in excise policy, deserves the Bharat Ratna for improving education standard in schools, but instead he is being hounded by the Centre due to political reasons, CM Arvind Kejriwal said on Monday. Kejriwal, who is also the Aam Aadmi Party (AAP) convener, expressed apprehension that Sisodia may be arrested soon.

Hours after Kejriwal’s statement, BJP national general secretary BL Santhosh taunted the Delhi Chief Minister’s demand and said that the next demand could be the Nobel Prize for Arvind Kejriwal himself. “Padma Vibhushan ‘ for Satyendra Jain … Bharath Ratna for Manish Sisodia …. Next Noble Prize for himself ….. Great going anarchist party,” BL Santhosh said.

Sisodia is among 15 people and entities named in an FIR registered by the Central Bureau of Investigation (CBI) in connection with alleged irregularities in the implementation of the Delhi excise policy. However, Kejriwal came out in strong defence of his deputy, who holds education and finance among a host of key portfolios in the Delhi government.

The New York Times has lauded our education model, Kejriwal, on his fifth visit in a month to poll-bound Gujarat, said in Ahmedabad, referring to an article in the reputed US daily on transformation of schools in the national capital under the AAP government. Instead of appreciating Sisodia, he is being targeted, Kejriwal told reporters in Ahmedabad.

Here are the latest updates in the story:

– Kejriwal said Manish Sisodia may be arrested and added that who knows he may also be arrested. “All this is being done in view of the Gujarat Assembly elections,” he said. Kejriwal said the people of Gujarat are “sad” and are bearing the brunt of the “arrogance” of the BJP regime of the last 27 years in the state.
– The AAP has the audio recording of the BJP’s “offer” to Delhi Deputy Chief Minister Manish Sisodia that all cases against him will be dropped if he switched sides, sources in the Arvind Kejriwal-led party said on Monday. The Aam Aadmi Party (AAP) will make the audio recording public “when the time comes”, they added.
– Launching a sharp counter-attack, BJP national spokesperson Gaurav Bhatia said Kejriwal is frustrated, and “accused no. 1 Manish Sisodia says he has got a message from the BJP”. “I can only say, those whose intentions are faulty, and thinking is small, who can break them (jinki niyat khoti hai aur soch chhoti hai, unko koi kya todega),” Bhatia said in a mocking tone.
– Two senior IAS officer A Gopi Krishna and DANICS officer Anand Kumar Tiwari have been suspended by the Centre in connection with the Delhi liquor policy case. These two officers were named in the FIR filed by the CBI in the ongoing probe, officials said.
– Delhi BJP on Monday staged a protest near Chief Minister Arvind Kejriwal’s residence in Civil Lines area here against the alleged irregularities in the AAP government’s excise policy. Attending the protest, Delhi BJP president Adesh Gupta said Kejriwal should expel Deputy Chief Minister Manish Sisodia from his Cabinet as he is “accused number one” in the case registered by the CBI.