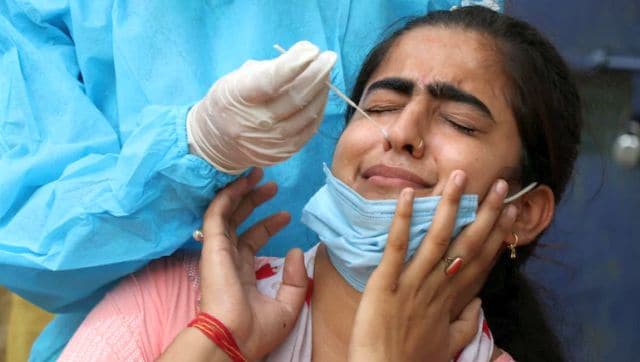 Just hours after the imposition of a set of restrictions under the ‘Yellow Alert’, Delhi registered 496 COVID-19

The surge in Omicron infections and COVID cases in the past two days have forced the Delhi government to sound a ‘yellow alert’ in the capital.

Delhi chief minister Arvind Kejriwal announced the decision, saying that the the government is now well prepared to deal with rise in cases. “We are 10 times more prepared than earlier to deal with the rise in COVID-19 cases,” Kejriwal said.

The ‘yellow alert’ has been sounded as the total number of cases of new Omicron variant of COVID-19 recorded in the national capital mounted to 165.

Under the new restrictions, Schools, colleges and educational institutions, cinema halls and gyms will be shut and malls and shops will open on an odd-even basis within fixed hours. Delhi Metro will run with 50 percent seating capacity. Night curfew between 10 pm and 5 am has already started.

cases, the highest single-day rise since June 9, and one death while the positivity rate mounted to 0.68 per cent, according to the data.

On Tuesday, cases rose to 496 while the positivity rate went up to 0.89 per cent. The death toll due to the coronavirus

The cumulative case tally rose to 14,44,179. On Sunday, Delhi recorded 290 cases with a positivity rate of 0.55 per cent and one fatality, according to official figures. On Saturday and on Friday, the daily case counts were 249 and 180 respectively.